Jeezy has engraved an image of Rick Ross’s face on a bottle of Avion Reserva 44, according to youheardthatnew.com. Jeezy gave the bottle to Rick Ross, with whom he collaborates on the single “War Ready,” during NBA All-Star Weekend in New Orleans.

The rappers also filmed a video for “War Ready” while in the Louisiana city, according to rap-up.com.

Last week, Rick Ross discussed the making of “War Ready,” a selection off Ross’ upcoming Mastermind album, a collaboration that followed a feud between the two rappers. A rift between Jeezy and Ross dates back to at least 2010. In 2012, the two were involved in a scuffle. Footage of the brawl between Jeezy and Ross can be seen here.

“We had past differences and you know we put that to the side, being true bosses, and to do something big for the culture, which is bigger than both of us,” Rick Ross said last week during a HuffPost Live interview. “Here we have it, ‘War Ready.’”

The photo of the Avion Reserva 44 featuring an engraved image of Rick Ross is as follows: 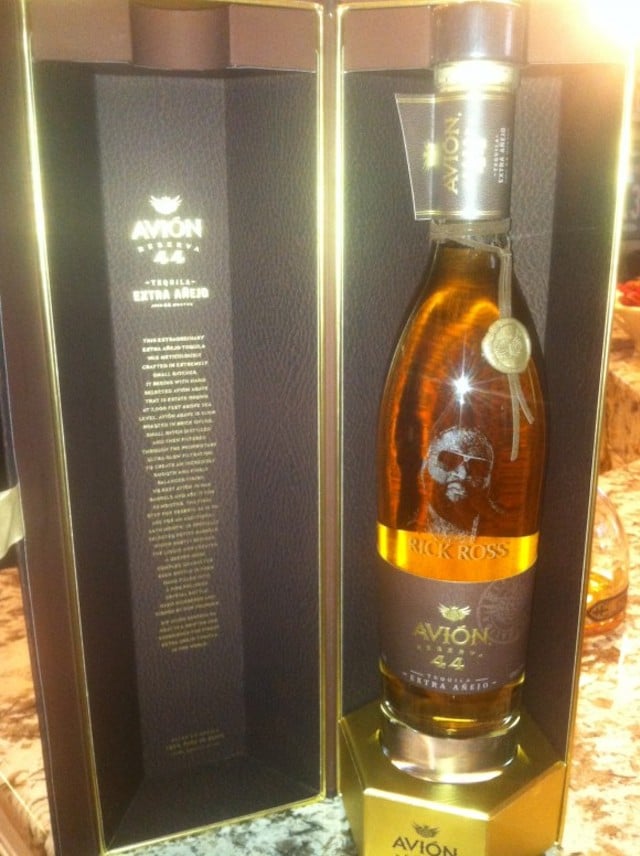