Nino Bless has released R.O.A.M. 3 (Audio Trip), a mixtape that is available for streaming.

The project features Sha Stimuli, Jarren Benton and Ness Lee, among others.

To go along with the project, Nino has also released an accompanying press release that explains the project’s journey. The breakdown of each chapter can be found below.

Nino makes it out of the streets from Brooklyn, New York and undergoes a spiritual journey. He realizes that evil and the devil’s way might be too embedded inside of his soul and he decides to part ways. He gives in and tries to kill himself at the conclusion of “Brooklyn To Hell & Back” but God has impeded the process ‘cause it seems there is still much left for Nino to do. Nino regains the right to his soul again and continues on to a journey against evil influences, this time from a different path.

Nino’s enhanced state of consciousness has opened his mind to a new way of thinking. On “Unsafe Haven” he’s fully removing himself from the spiritual belief forced by man and establishing his own. He’s gaining an entire new concept of what he’s been doing the entire time and deciding on where this journey will take him. Through this step of the #AudioTrip Nino discovers new concepts and ideas while battling doubt and negativity. While channeling all of this he’s slowly figuring out his purpose. This leads to full on belief in “Hunger Games” where he conquers all doubt in his mind that he will outlast all odds.

Nino is now searching for a stimulant. Jarren Benton’s exuding, tangible energy has Nino ready to try anything. Jarren’s taking Nino for a ride and giving Nino the ability flow freely doing whatever he pleases and saying anything he wants to do in whichever way he chooses. He’s experiencing his first “Trip.” After Nino enters the world of Jarren’s he heads to Cambatta’s spot where he’s now completely inhibited and gaining a new perspective off of his trip. The result is “Rise & Fall” where Nino figures out he can guide his own direction within his spirituality inside himself. He believes anyone else can too, and no man should be limited to a single platform.

Coming off his Trip, Nino now is establishing clarity and retracing the steps to his journey. He’s realizing it all happened for a reason and he’s exponentially better off than he initially thought he was when he started this process. He’s gaining perspective with his longtime friend and BK brother; Sha Stimuli in “POV” (Point Of View). This new perspective has him not regretting any of his steps and gaining more than he ever thought he’d gain. On “Gratified Portrait” he’s finally put the journey together, with his Rap partners Ness Lee and Cambatta. They evolve together while finally announcing that they are finally here. Each one of their journey’s is equally as personal, dark, and very testing. Now they have arrived here.

The R.O.A.M. 3 (Audio Trip) cover art, tracklist and stream can be found below via Datpiff. 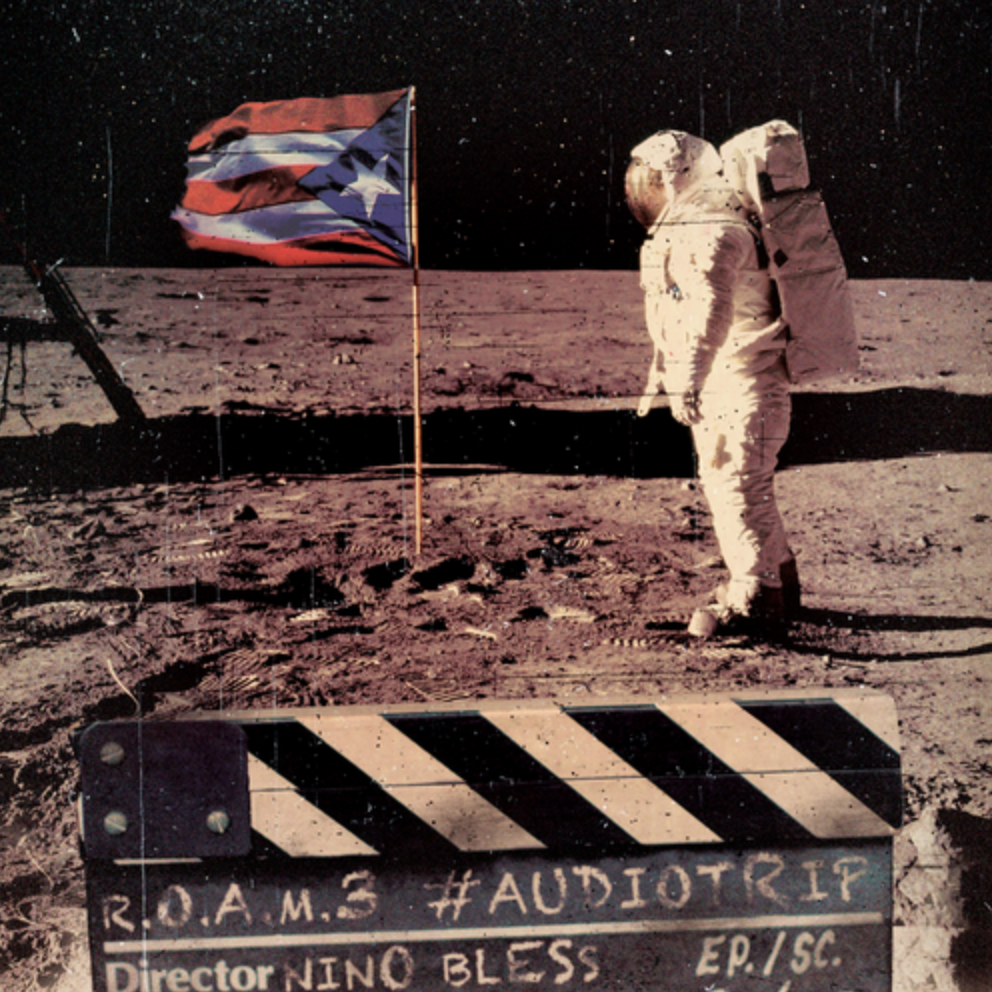