Will Smith Portrays The Devil In "Winter's Tale"

Will Smith has an uncredited role as the Devil in the forthcoming film Winter’s Tale, according to Variety.

Smith appears as Lucifer in scenes where he faces off with Russell Crowe, who portrays a crime boss and demon in the movie, which is based on a 1983 novel by Mark Helprin.

Director Akiva Goldsman worked with Smith on I, Robot and I Am Legend and says he had a specific reason he wanted the rapper-actor for the role.

RELATED: Will Smith Reportedly Told Eminem, “You’ll Either Be The Biggest Flop, Or The Biggest Thing We’ve Ever Seen” 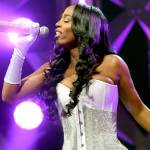 The Detroit native confirmed the rumors fans have been speculating for some time. 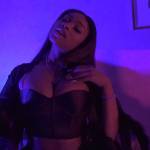 The First Lady of Griselda Records sets the record straight.