Atlanta rapper Young Thug previously shared his admiration for Young Money emcee Lil Wayne during an interview with Complex last month as he revealed that the rapper is the one artist he’d like to get in the studio with “more than anybody in the world.”

While speaking with Fader recently, Young Thug further went on to express his admiration for Weezy, referring to the artist as his idol.

“That’s my idol. Everything he do,” Young Thug said while speaking about Wayne.

In addition to sharing his thoughts on Wayne, Young Thug also addressed his relationship with Gucci Mane, an artist he’s worked with closely as a 1017 Brick Squad Records signee. Thug went on to express his loyalty to the currently incarcerated rapper.

“If Gucci Mane said fuck you, you need to please know that Young Thug says fuck you too,” he said.

With one of his most recent singles titled “Stoner,” the 21-year-old rapper was asked to rattle down the list of artists he qualifies as stoners. He also commented on his own drug use, stating that they help him think.

“Hendrix, Michael, Wayne, Future. Those are stoners…Drugs help me think, but they aren’t the reason why I think,” Young Thug said. “I don’t want to explain. I hate explaining. But I can definitely show you.”

Although there hasn’t been any news of a potential collaboration between Young Thug and his idol Lil Wayne, the rapper says he did record a few songs with Kanye West recently.

“I mean, I went to his house and we did a couple of songs,” he said while speaking with Complex last month. “The fact that I was [making songs] so fast amazed him too, because he doesn’t see a lot of people who rap like that. I don’t really rap with a lot of people [because] everyone raps the same way. When I first heard he wanted to know who I was and do songs, I was smiling ear to ear like a clown.”

Young Thug’s Fader cover can be found below. 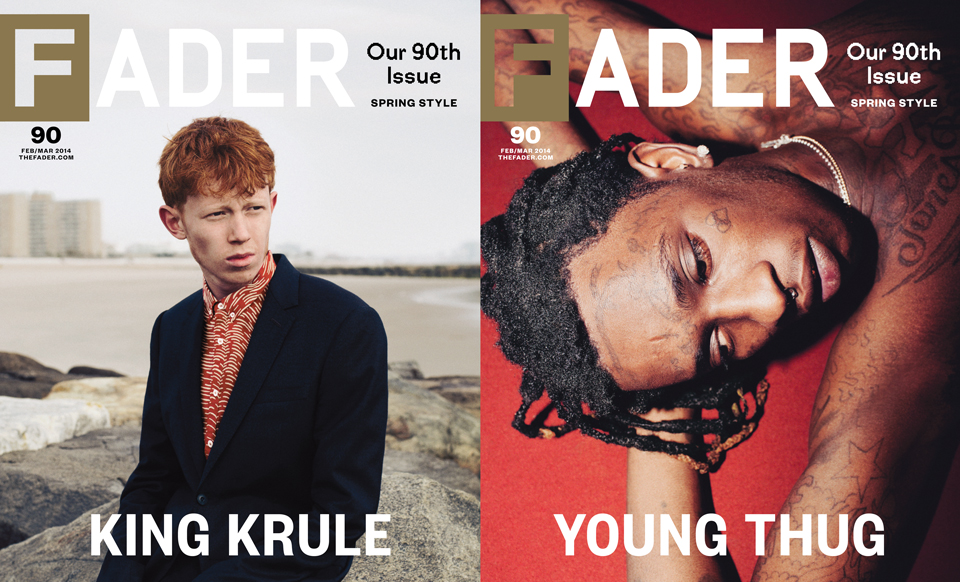