Pigeon John’s Encino Man is set to be released April 29 on Megaforce Records. The Los Angeles rapper-singer-producer says that the album is a continuation of his evolution as a musician.

“I’m still trying to find my voice,” Pigeon John says in a press release. “That’s always been the mission, getting deeper, shedding off the layers and that’s never really stopped.”

“Going in a Pop direction was inevitable, I think, because of the way I was brought up, listening to ’80s Pop radio,” Pigeon John says. “That, teamed up with the Hip Hop my brother was listening to, influenced where I’ve gone today, everything from Phil Collins, Depeche Mode, De La Soul, Madonna and the Beastie [Boys] to the [Boogie Down Productions] cassette I listened to on the way to school.”

The genre-meshing on the album is accompanied by Pigeon John’s lyrics, which can become personal at times. Encino Man is set to include lyrics about his divorce from his former wife, Harmony.

“It’s based on the years I was married and living in the [Los Angeles’ San Fernando] Valley, having the house and the wife and the cats and a glorious time,” Pigeon John says. “But I never felt settled. It was me, acting out. And I always felt so disconnected compared to life on tour.

“Some of the songs were almost a diary of things that were about to happen to me,” he continues.

Pigeon John released his first album, Is Clueless in 2001. It was followed up by Is Dating Your Sister in 2003, Sings the Blues in 2005 and And the Summertime Pool Party in 2006.

“Hip Hop is still beautiful and young and sharp and funny and disrespectful,” John says. “Everything that Rock-n-Roll is supposed to be.” 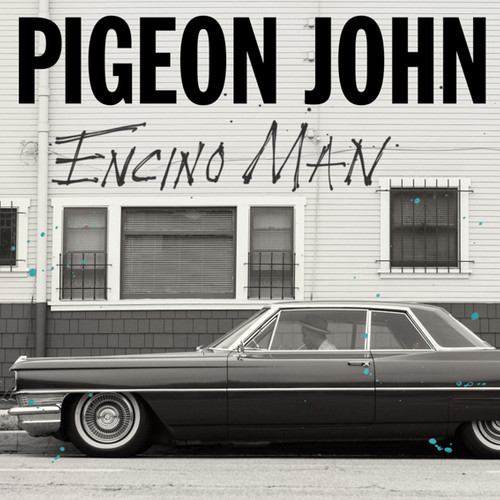 Two singles off the album, “Oh Yeah” and “Champagne On My Shoes,” can be found exclusively on HipHopDX below.

Pigeon John is slated to hit the road with The Grouch & Eligh and Madchild. 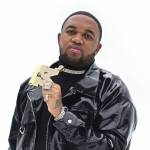 Mustard on the scale, hoe.