With details on Animal Ambition slowly emerging, 50 Cent was pictured alongside Jadakiss and Styles P in a studio yesterday evening (January 31). 50 Cent, who posted the picture to his Instagram account, referenced the album in his post. “Animal Ambition on the way,” he wrote. “It’s getting ready to get CRAZY#smsaudio.”

While at the Consumer Electronics Show earlier this month, 50 talked about his plans to release Animal Ambition as a promotional tool for Street King Immortal. “I’m so anxious to put out material,” he said. “It took me so long to get the business portion of music straight, because I had went through an auditing process because it was the last record required for Interscope Records. And now, I got Animal Ambition, I was inspired to write this. It really has to be current. If it’s not like right now, what I feel is like the hottest thing, I know it’s done right, but it’s not necessarily what I should be doing right now.”

According to HotNewHipHop, Jadakiss was reportedly arrested several hours after 50 Cent posted the picture. Besides the Lox member, French Montana and Chinx Drugz, a rapper affiliated with Montana’s Coke Boys collective, were also taken into custody. All three rappers were attending an event at a club in Brooklyn. Jadakiss was apparently hosting the pre-Superbowl party before being arrested. The reason for the arrest has yet to be reported.

HotNewHipHop’s post includes footage of French Montana and Rick Ross being interviewed by Jerry Springer last night before the Excuse My French rapper was arrested in Brooklyn. In an image supplied by Vibe, Montana appears to be smiling while being taken away in handcuffs. 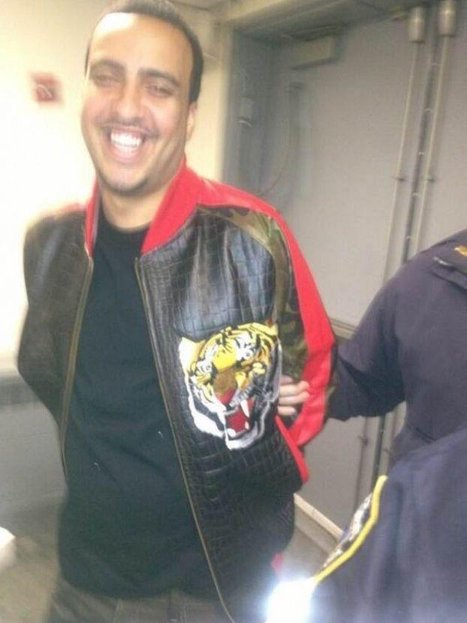