Drake Gets Tattoo Portrait Of His Father

The tattoo, a portrait of his father, Dennis Graham, was done by Dr. Woo of Hollywood, California’s Shamrock Social Club.

“My dad is a star,” Drake said last year. “That’s what you have to understand. I can call my dad right now and be like, ‘Yo, dad, I need you to fly to shoot.’ He’s always down. I’m living my dad’s dream. My dad wanted to be a famous singer. I have my dad on another bonus record on the album called ‘Heat Of The Moment.’ It’s a real relationship. Not to be ironic, we go through the motions of a father-son relationship. Right now, he happens to be extremely stable and content, and I take care of what I can for him. All he wants to do is go to Beale Street in Memphis and play music. He’s rediscovered his passion for music and for being a musician.

“Like any other family, there have been dark times,” Drake added. “There have been other interviews where I was asked about my dad and I didn’t want to talk about it. And there were records where I didn’t paint my dad as the greatest guy. At the end of the day, my dad knows I love him and that he’s a great friend of mine, but as far as being a father goes, I look forward to being a better father for the children that I have. But at the end of the day, he is a great man and I love him very much.”

A photograph of the tattoo can be seen below. 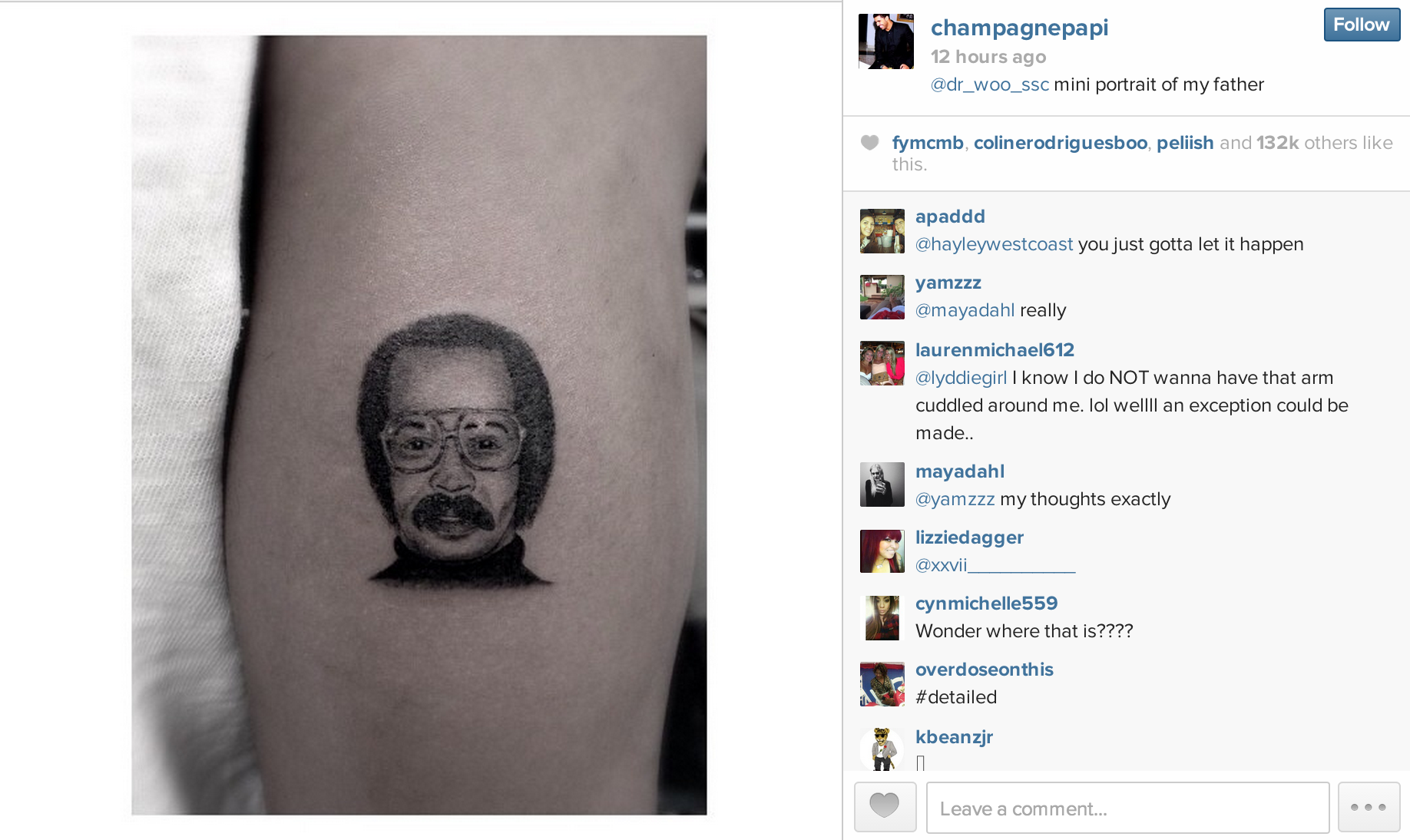 RELATED: Drake’s Dad Scheduled To Appear On “Nothing Was The Same” Bonus Song “Heat Of The Moment”