Kid Cudi has announced that his Satellite Flight project, which is slated to be released in February, is now a full-length album.

The project was initially slated to be an EP and a warm-up for Cudi’s next album, Man on the Moon 3.

In November, Cudi spoke about a project that he said he would release within three months of the statement.

“When I give you the release date, it will be 24 hours before it’s released,” Kid Cudi said at the time. “You won’t know when it’s going to happen, but it’s definitely going to happen in the next three months.”

Kid Cudi’s recent Twitter updates announcing the album can be found below. 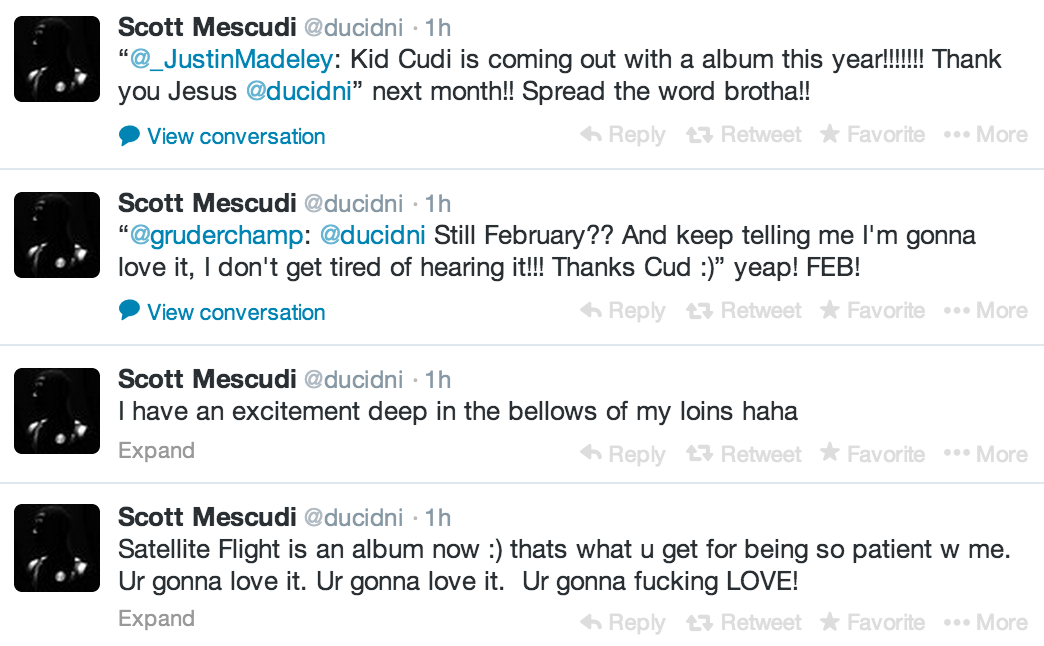 UPDATE: Kid Cudi posted the tracklist for the digital release of Satellite Flight on twitter today (February 13). He also said that the physical version of the album will have additional tracks and that he designed the cover art for the project.

Kid Cudi’s tweets today about Satellite Flight are as follows.

This is just the digital release track listing. New jams will be added for the physical, kind of like a extended “Directors Cut”! yahm 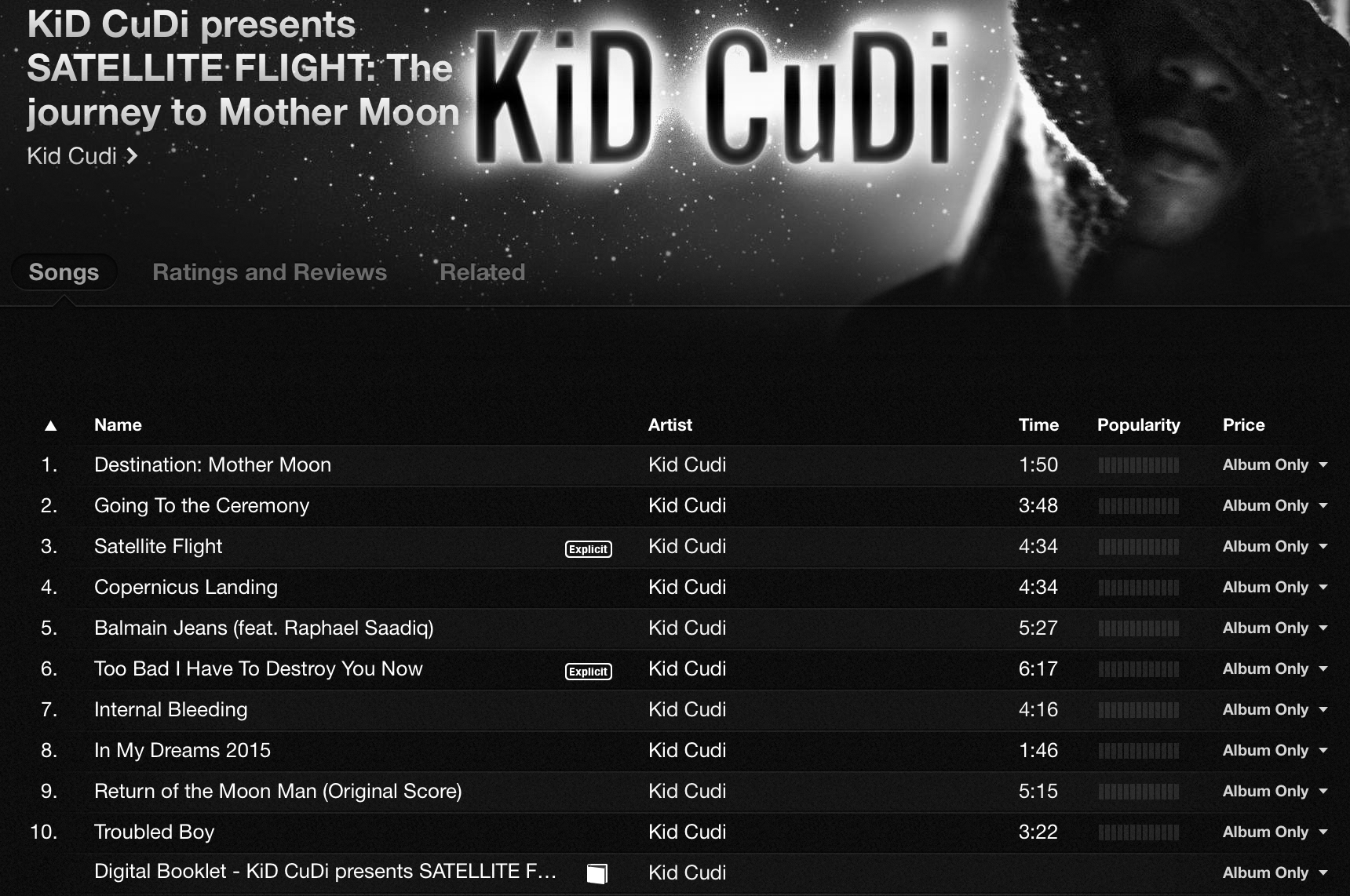 Update #3: Stream Kid Cudi’s SATELLITE FLIGHT: The journey to Mother Moon, which is available via Spotify.