Macklemore, who was the recipient of four Grammy Awards at this year’s event, says Kendrick Lamar was robbed at the award show.

“You got robbed,” Macklemore says in the text message. “I wanted you to win. You should have. It’s weird and sucks that I robbed you.”

Mack says he hoped to address the matter during his speech, but says he was unable to when “the music started playing.” He says he “froze.”

A complete list of Grammy winners for this year can be found here.

The caption for the image can be found below following the screenshot of the text message Macklemore posted on Instagram. 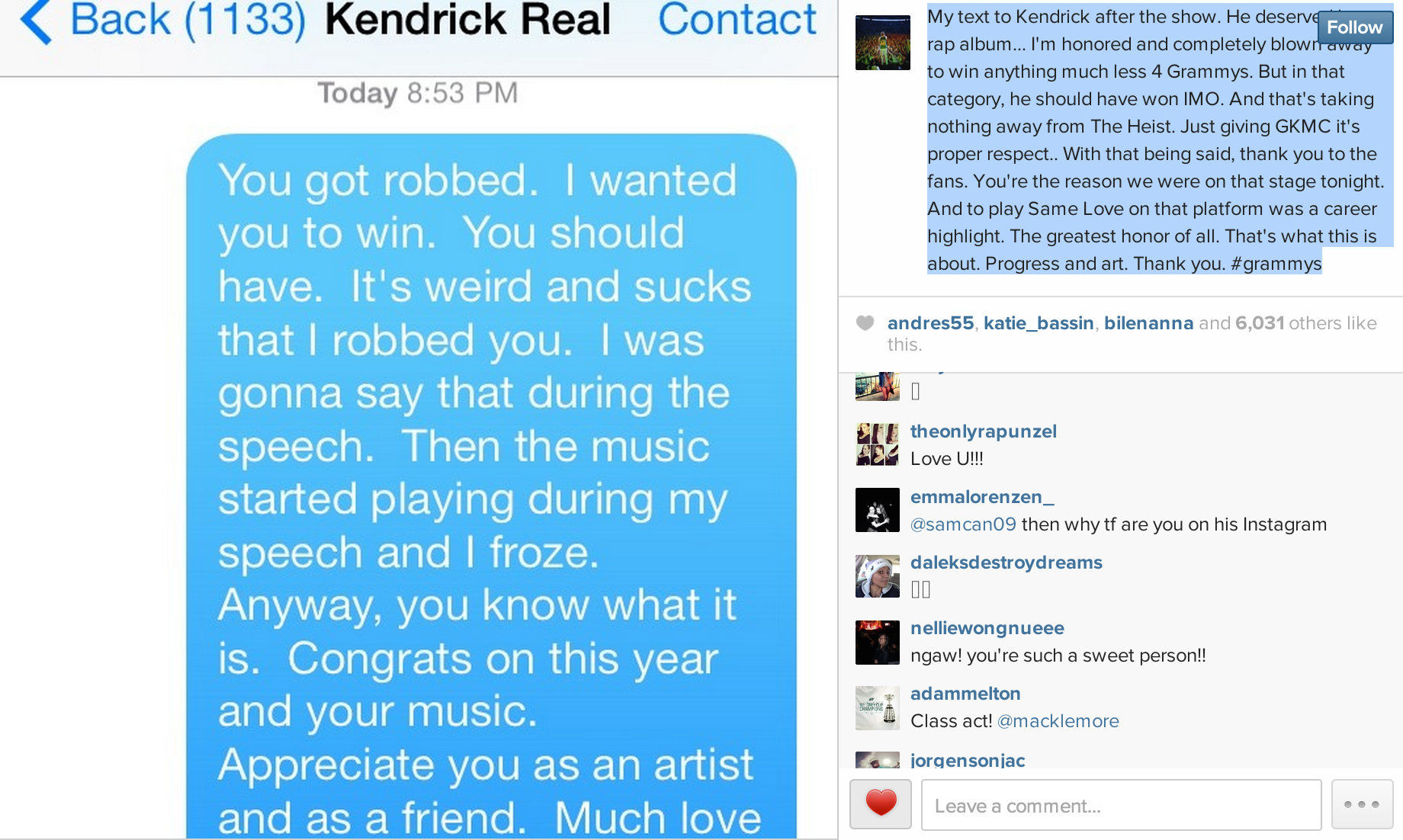 Their text message exchange follows a previous post Macklemore made showcasing their mutual respect for one another. 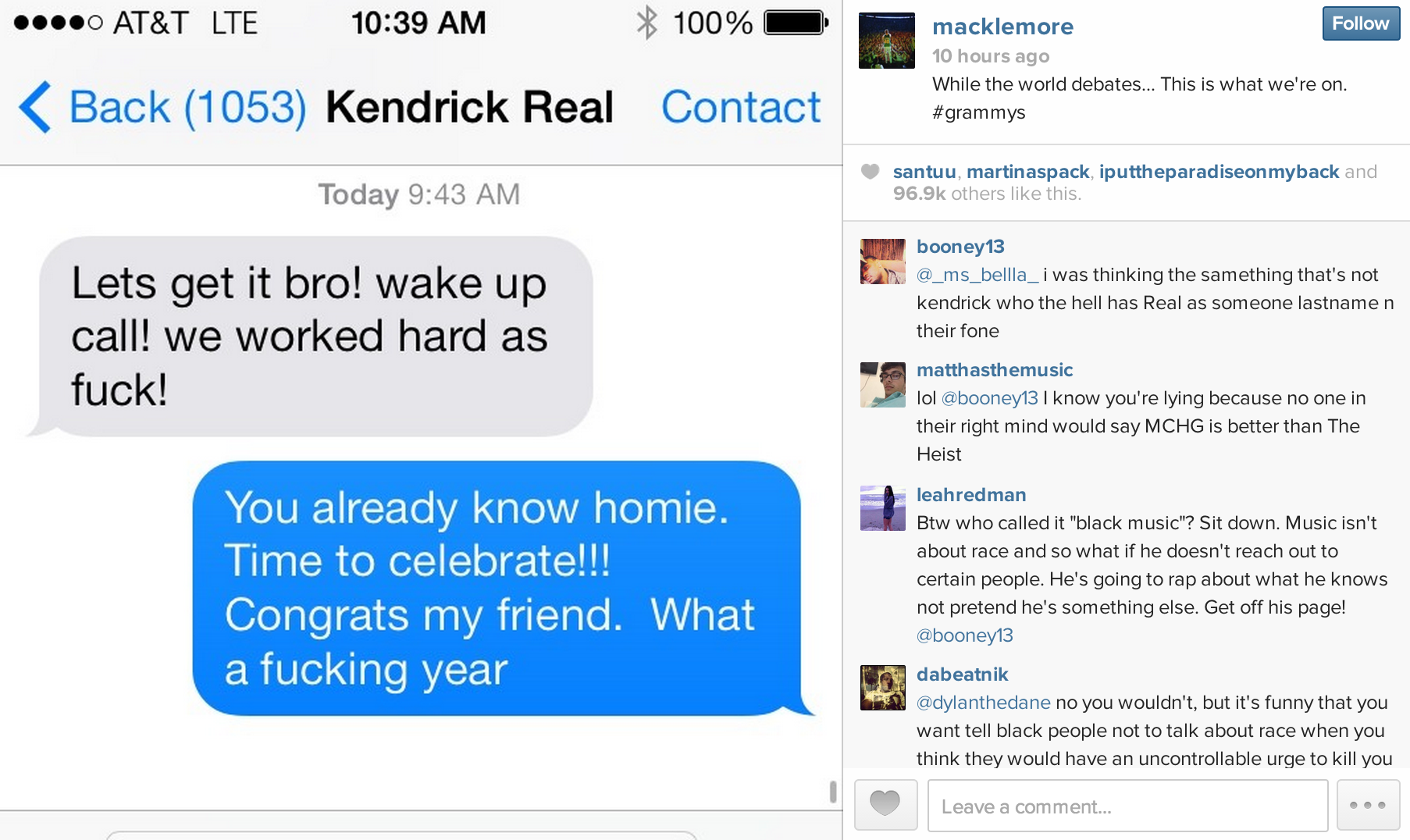 While the world debates… This is what we’re on.#grammys