Azealia Banks Begs To Be Dropped From Universal Azealia Banks says she is unhappy with her deal with Universal.

Banks made this known with a series of posts discussing her displeasure with the label.

“I REALLY should have signed with Sony,” Banks said in a Twitter update. “I would literally give anything to be on XL right now…I’m tired of having to consult a group of old white guys about my black girl craft. they don’t even know what they’re listening for or to…I’m literally begging to be dropped from Universal…Universal needs to just hand me over to another label who knows what to do with me.”

Banks also made it known that she has new music that she feels needs to be heard.

“My fans really need some new music,” she said. “I’ve been gratefully riding off of mixtape fumes for the past two years, but I’m more ready than ever.”

Outside of her feud with Universal, Banks has had differences with Perez Hilton and A$AP Rocky, among others. 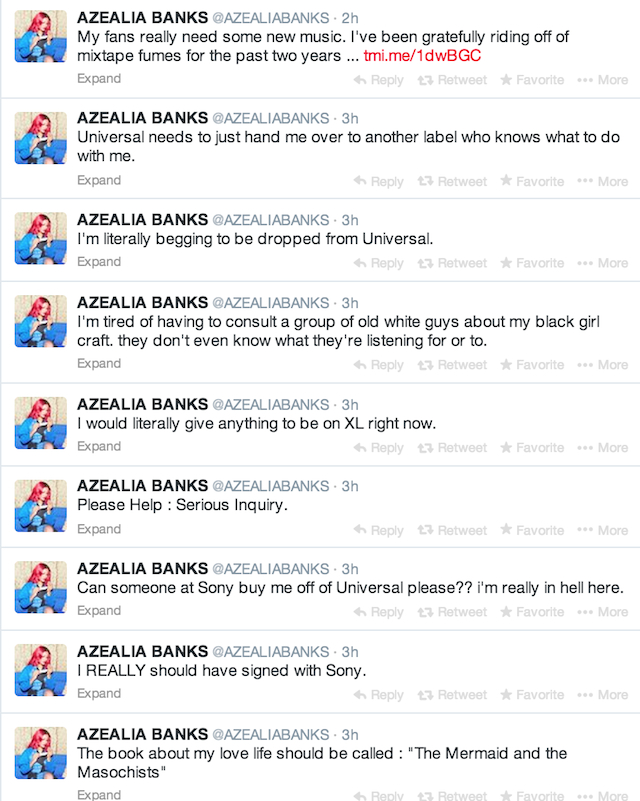