Kendrick Lamar appears on the cover of Jet’s Black History issue. In the magazine, Kendrick Lamar discusses the impact that Hip Hop has on Black history.

“Hip Hop plays a huge part in Black history,” Lamar says in the Jet piece. “It’s bigger than music. Entertainers are actually leading a generation today as role models, whether they want to or not.”

One of those entertainers is Jay Z, a fellow rapper who has earned success after an upbringing in poverty.

“People forget that Jay Z is from the projects, but that inspires me,” Lamar, who also appears on the cover of ESPN The Magazine’s Music Issue, says. “If this guy can go from the streets to the corporate world, that lets me know I’m open for anything.”

Lamar also says he is open to more than simply “clever line” writing in the article, where he explains how he views the songwriting process.

“The songs aren’t for me,” Lamar says. “They are for that person who needs to hear them. People who live their lives to this music. So I take it a little further than just coming up with a clever line.”

The full article is set to be released in the February 17 issue of Jet, which is slated to hit newsstands January 27. The cover can be viewed below. 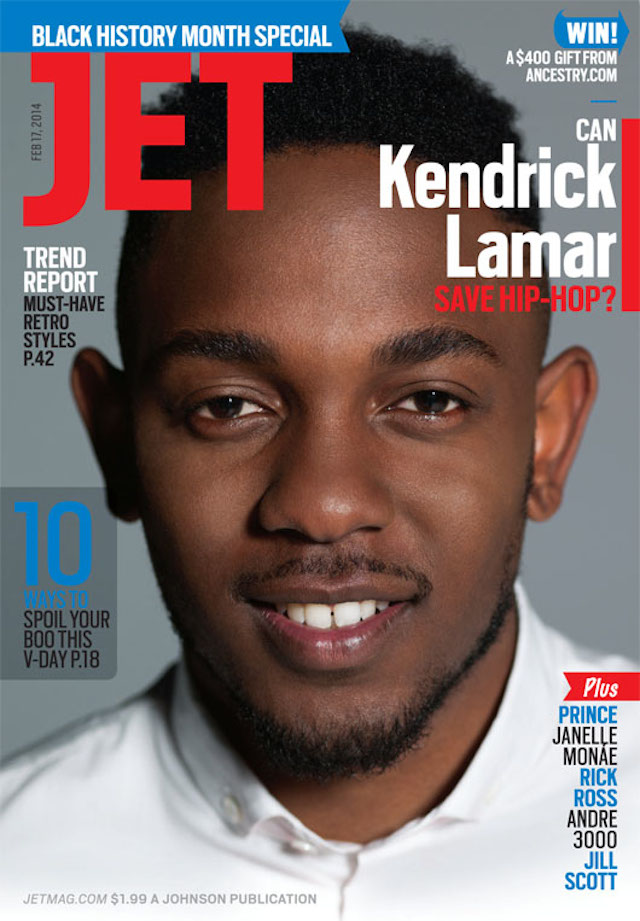