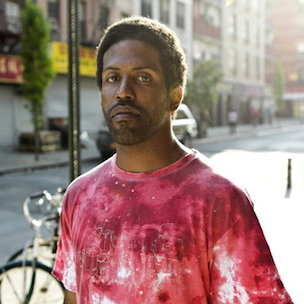 Murs paid tribute to Eazy-E with an Instagram post made today (January 24), which features a video of Murs in concert, covering Eazy’s lyrics from “Boyz-N-The Hood” off N.W.A.’s 1987 album, N.W.A. And The Posse.

In the post, Murs says that he tries to pay tribute to Eazy-E whenever he has the opportunity to do so because he feels it is “important to make sure our heroes aren’t forgotten.”

“When Eazy-E was playing on the radio,” Murs raps on the chorus of the track. “I knew exactly how my day would go / California sunshine comin’ in / Singing Gangsta Rap with all my friends / The origins of California Hip Hop / Where you can pop, lock, or you can get shot / Black, White, Latin, Asian, livin’ in this meltin’ pot / Throw up your ‘W’ and it don’t stop.”

Murs’ also refers to Eazy-E as “revolutionary musically and business wise” in his Instagram post’s caption, which can be read in full below.

RIP OG Eric “Eazy E” Wright Every time I get the chance. I pay tribute. I feel it’s important to make sure our heroes aren’t forgotten. What he and NWA did was revolutionary musically and business wise. It may have not been positive but it was authentic. NO ONE thought they’d have so much success being so street and vulgar. Now everyone wants to imitate. To me that’s disrespecting the legacy. He and others kicked the door in so we would be free to be ourselves via hip hop culture not so we could be just like them. It took a “gangster” rapper to inspire this “conscious” rapper. Living in Lynwood and hearing someone from Compton on the radio talking about shit I was really seeing everyday. Let me know I could do it too. #salute to the man I wanted to be like before I wanted to be like ‘PAC. God rest his soul. Eric “Eazy E”Wright 9/7/1963 – 3/26/1995 *footage from last night’s show in Breckinridge CO

A video of Murs’ cover of “Boyz-N-The Hood” can be found below.