drakeweather.com Provides Weather Reports With "Nothing Was The Same" Backdrop drakeweather.com is a new site that provides weather updates.

It uses a portion of Drake’s Nothing Was The Same album cover as its background and adapts to represent the weather in your area.

Released in 2013, Nothing Was The Same received 4 out of 5 Xs in its HipHopDX review. “Nothing Was The Same showcases new skills—trimming the unnecessary songs, and focusing on narrative details the way he does on ‘From Time’—that will strengthen Drake’s arsenal and help him continue to cement his status as a pop-rap heavyweight for years to come,” the review said.

Screenshots from drakeweather.com today (January 23) from New York, Philadelphia and Los Angeles, respectively, are as follows: 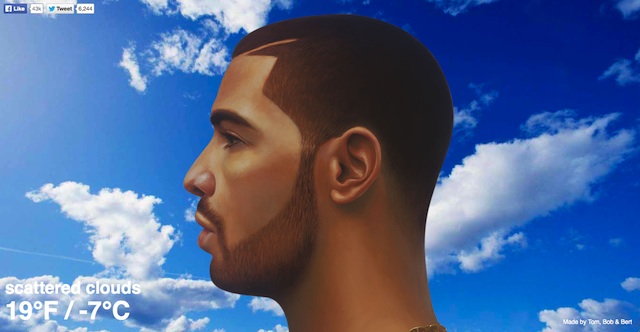 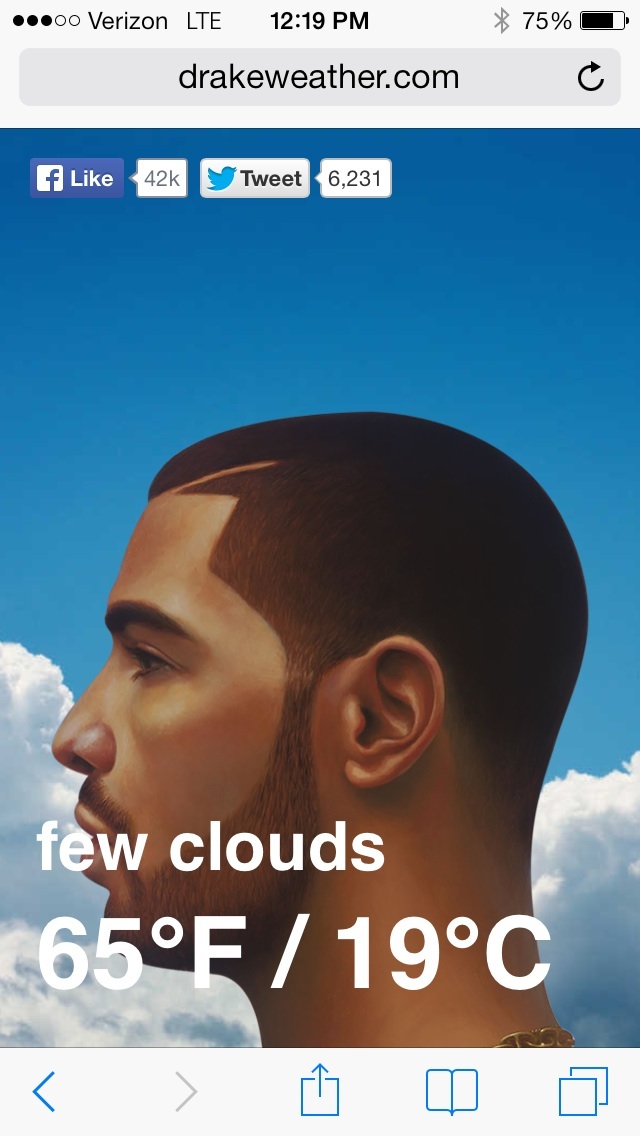 RELATED: Drake’s “Nothing Was The Same” Projected To Sell More Than 650,000 Copies In First Week