Cam’ron and A-Trak have joined forces for Federal Reserve, a collaborative EP that pairs Dipset with Fool’s Gold Records, according to A-Trak.

The collaborative project, which Complex says it slated to be released in Spring, was originally announced via Instagram. A-Trak posted a video on the social networking app that features Cam’ron’s voice and the Diplomats and Fool’s Gold logos.

A-Trak also recently took the news to Twitter, announcing that the project was being driven by him and a longtime Cam’ron friend and business partner, Dame Dash. Dash is executive producing the project, according to Complex.

Another longtime Cam collaborator, Just Blaze, is also apparently a part of the project. He noted that he has some contributions for the project in a Twitter post.

Rumor has it I snuck some hi hats in. “@atrak: Dipset x @foolsgoldrecs… Coming soon! Me & Dame at the wheel. http://t.co/QGm9EXa7Uf”

UPDATE: The cover art for Federal Reserve has been released. It is below. 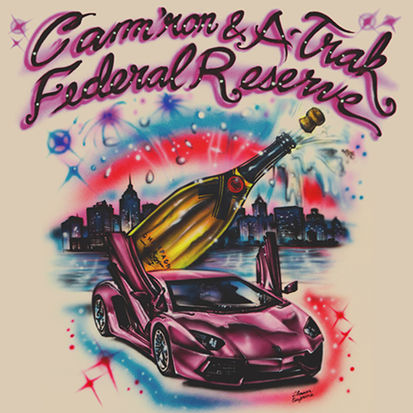