Mister Cee was recently profiled by GQ for a feature that focuses on his life, sexual orientation, legal issues and legacy. In the article, Mister Cee discusses how he began paying people for sexual acts.

In the article, Cee also discusses the legal issues that could result from having sex with prostitutes.

“If I get arrested right now for that same type of activity, I’m doing sixty days in jail, hands down, done,” he says.

Mister Cee Says He Feels The Notorious B.I.G. Has His Back

I ask if Biggie would’ve understood, had this happened twenty years ago. “Oh, I know that,” Cee says instantly. “I know Big stands next to me. I have no question in my mind.” I ask him why he’s so sure, and he says it’s because they were friends, first, but also because hip-hop is such a transparent thing to those who’ve lived it: “You know who’s phony, you know who’s hypocritical, you know who’s real.”

“So not only do I feel like Big has my back,” Cee says, “I feel like every person that I have ridden for in their afterlife—I think they got my back as well.”

In the article, Mister Cee also says he forgives J. Cole for rapping about his situation.

“J. Cole, if you’re reading this: I have forgiven you for the ‘Forbidden Fruit’ line, and we can move on,” Cee says in the article.

In 2013, Mister Cee spoke about his sexual orientation.

In 2011, Mister Cee pled guilty to public lewdness and exposure charges after being arrested for allegedly engaging in a sexual act with a man in a parked car. In May, Mister Cee was arrested in New York City after allegedly soliciting sex from an undercover male police officer posing as a prostitute.

A photograph of Cee from GQ can be found below. 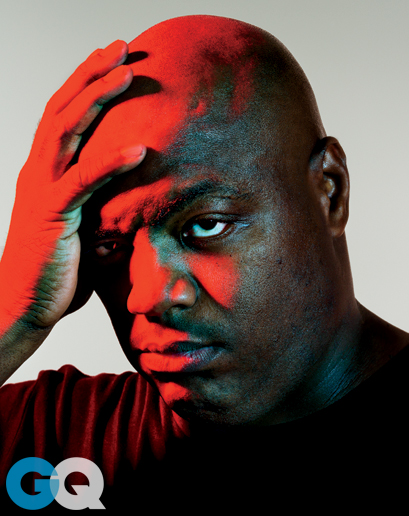