ESPN The Magazine’s Music Issue is set to feature Kobe Bryant and Nicki Minaj on its cover, according to Vibe.

The magazine, which is scheduled to preview Super Bowl XLVIII, is also slated to feature Eminem, Kendrick Lamar, Skylar Grey, Calvin Johnson, Chris Paul and Hope Solo, among others.

Bryant, who is currently sidelined from NBA action with a knee injury, was recently named the Worst Athlete Rapper Ever, by Bleacher Report.

“‘K.O.B.E.,’ the ill-fated collaboration between Kobe Bryant and Tyra Banks, is what happens when the unyielding hubris of a first-round draft pick collides violently with the fame-hungry desperation of a washed-up model,”Bleacher Report said at the time. “The result is a vacuous black hole of self-admiring struggle, and wordplay cheesy enough to make Will Smith sound like DMX by comparison.”

The cover for the music issue of ESPN The Magazine can be found below, via Vibe. 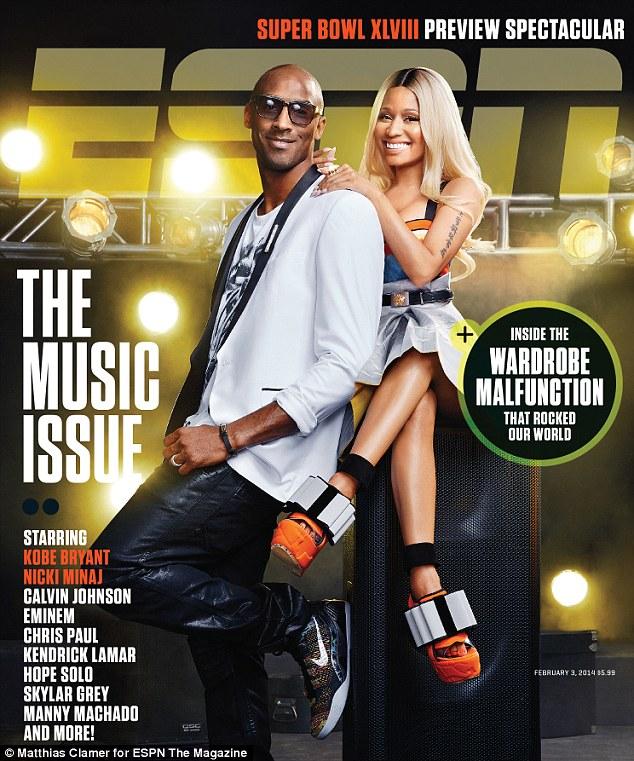 UPDATE: Different covers have been revealed for the magazine, including the following covers which feature Kendrick Lamar and Chris Paul and Eminem and Calvin Johnson, via XclusiveZone. 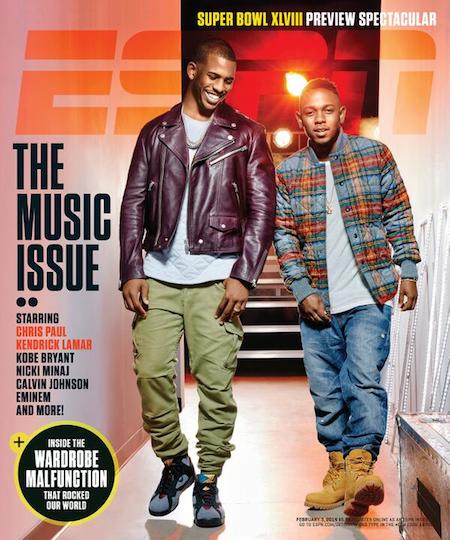 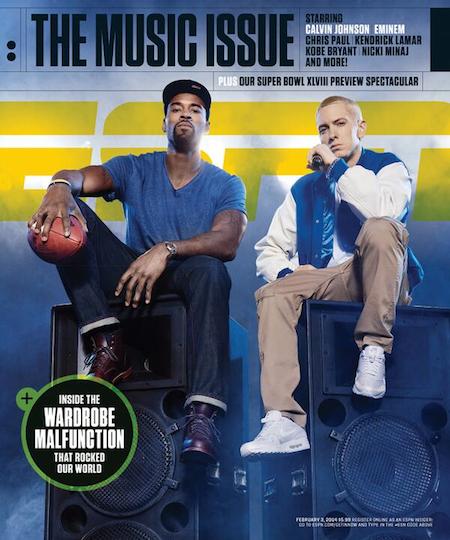