Jay Z’s Reasonable Doubt has long been heralded as one of his most acclaimed releases. Even Jay himself named the album his personal best.

Now, a new revelation has been released about Jay Z’s debut album–the believed to be original tracklisting for the project. 2DopeBoyz in coordination with the album’s art director/designer, Adrien Vargas, have made public an early version of Reasonable Doubt’s tracklist.

The list features 17 tracks (not including a bonus for “Dead Presidents [Remix]”) as opposed to the 14 on the mid-’90s released version. The songs “The Hurt,” “Tell Me,” and “Hot” apparently did not make the album and have never surfaced in any format.

Reasonable Doubt was released on June 25, 1996. It peaked at #23 on the US Billboard 200 and charted for 18 weeks. In 2002, it attained platinum status after becoming gold within its first five months. Upon release, the album received good reviews, including four mics in The Source magazine. 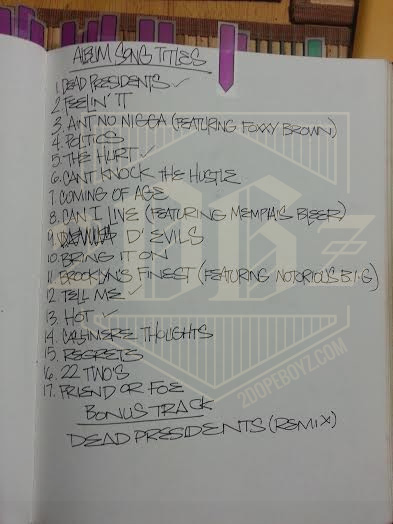 RELATED: Jay Z Ranks His Albums From Best To Worst