Although it has been confirmed that OutKast is slated to headline The Governors Ball, the full line-up for the festival had not been released until today (January 15). The full line-up announcement today reveals several rappers are set to join OutKast on the bill, according to Radio.

According to the report, J.Cole, Childish Gambino, Chance the Rapper, Tyler, the Creator, Run the Jewels and The Internet are slated to be among the performers to join the bill. TV on the Radio, Damon Albarn and Janelle Monae are also set to be at the event.

The full event line-up, according to Radio, can be found below. 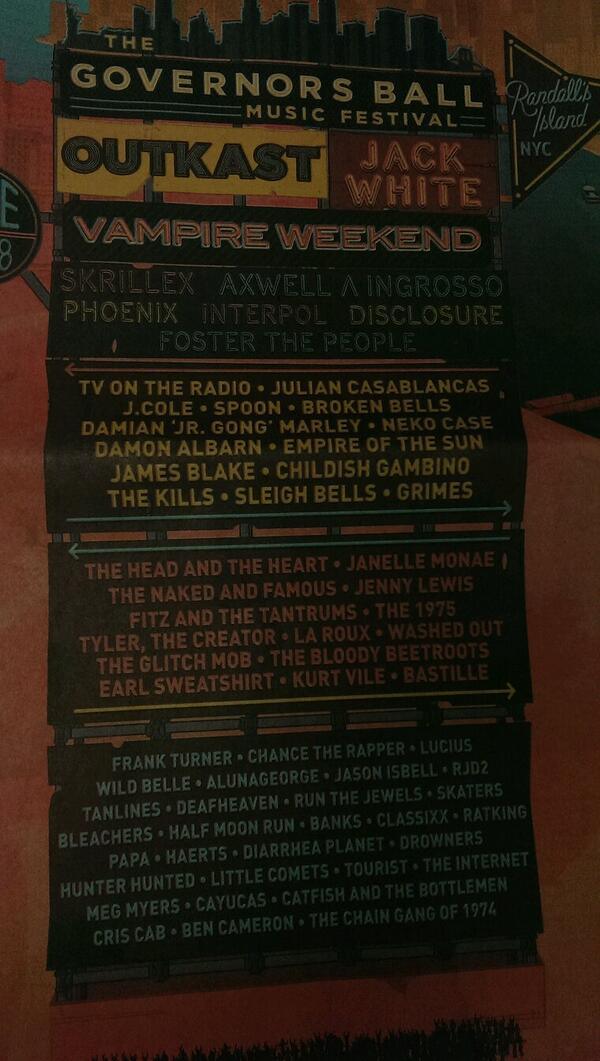