Creators of the cryptocurrency known as Coinye have officially responded to a cease-and-desist order filed by Kanye West’s legal team on the grounds of trademark infringement.

Shortly following the filing, the Coinye founders pushed the launch of their currency up and dropped the ‘West’ from their name. More recently, the cryptocurrency creators have responded to the filing with another name change and an altered public image.

“Upon receipt of your letter, we kindly changed our imagery so not to confuse the general public with your clients image as we appreciate that there may have been a point of contention,” the creators wrote in a statement, as reported by The Verge. “We have now removed any and all references to your client which we feel could mislead someone in to believing that there is in any way a link between the two.”

Despite their claim that they have sufficiently distanced themselves from the rapper, the updated currency’s name and image rely heavily on South Park’s parody of West. “As you can tell from our new community-submitted, updated materials, we make no visual or verbal reference to Kanye West but to a half-man-half-fish hybrid who is wearing sunglasses, again, totally separate from any resemblance to your client,” the creators wrote.The creators have officially renamed their currency Meme Crypto Currency Coinye Coins (“The Gay Fish”) as per their letter to West’s legal team.

An image of the updated currency can be seen below. 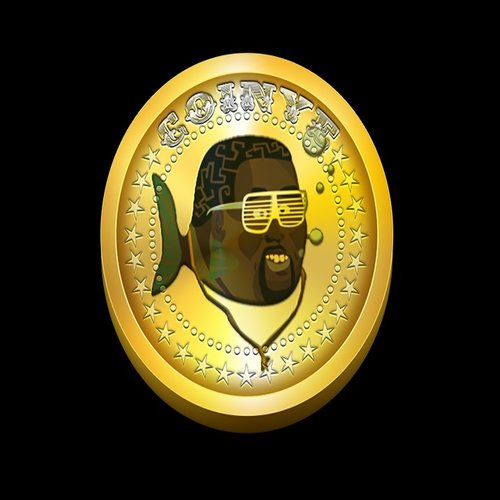 The Gay Fish portion of the name and imagery seems to reference South Park’s parody of the rapper. In December of last year, South Park rekindled its infamous 2009 parody of Kanye West for its most recent season finale. In its original treatment of the rapper, South Park creators wrote an elaborate story in which a fictionalized West believes himself to be a gay fish at the end of the episode. The original episode can be streamed at South Park’s website.

In their response to West’s legal team, the cryptocurrency creators, who have maintained a certain level of anonymity throughout its recent publicity, make their own apparently preemptive cease and desist request. “Cease and desist from any and all use of the mark ‘Coinye’ and other related words or phrases containing ‘Coinye,” they wrote. “Should you wish to challenge this request, We require with immediate affect that you supply us with any Intellectual Property proof you may own, including but not limited to, promotional material, video, audio, PR material containing the use of the name or terminology ‘Coinye’ in any capacity.” The creators also officially requested “an end to the constant harassment and scare tactics” presumably made on the part of Kanye West’s legal team.

The original coinyewest.com website now redirects to a domain held in India. In the ‘About’ section of the site, the Coinye creators make a separate reference to Southpark’s parody of West with their claim that they “are being attacked with fishsticks and must launch sooner.” The updated site references January 7 as the cryptocurrency’s launch date. In a separate section of the site, the creators write that they are formally neither a business or organization. “We are just a few guys who are excited about the future of cryptocurrency and would like to see it become a more mainstream phenomenon,” the site reads.