Ras Kass and Copywrite have announced their “Writers Block Tour,” a run that is slated to extend from January through much of February.

The tour begins January 8 in Yuma, Arizona. It is slated to run through the country and conclude February 18 in Spokane, Washington.

Ras Kass tweeted about the run, confirming his involvement.

@COPYWRITE & Me #writersblocktour kicks off Thursday #Yuma til Feb. In a City near you ? TELL EVERYBODY!!! pic.twitter.com/4du0JaqU3D

Copywrite also confirmed this earlier in the week, tweeting about the tour January 5.

Gearing up for the writers block tour w the homie @RasKass

The tour dates can be found below. 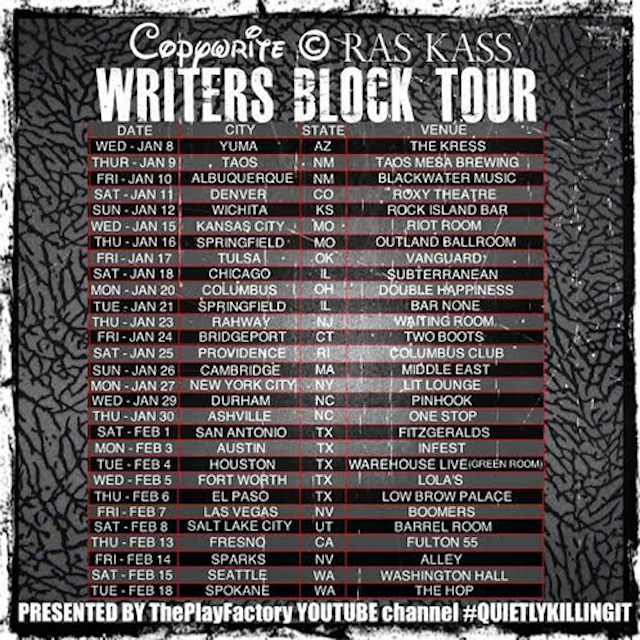