Questlove has posted an apology for a string of social media posts that many people viewed to be offensive to Asians.

The Roots member posted a message on okayplayer.com yesterday (December 26) after a series of his posts were discussed on the website ohnotheydidnt.com. Several of Questlove’s original posts have been removed.

Screen shots of the social media posts in question are as follows, as per ohnotheydidnt.com. 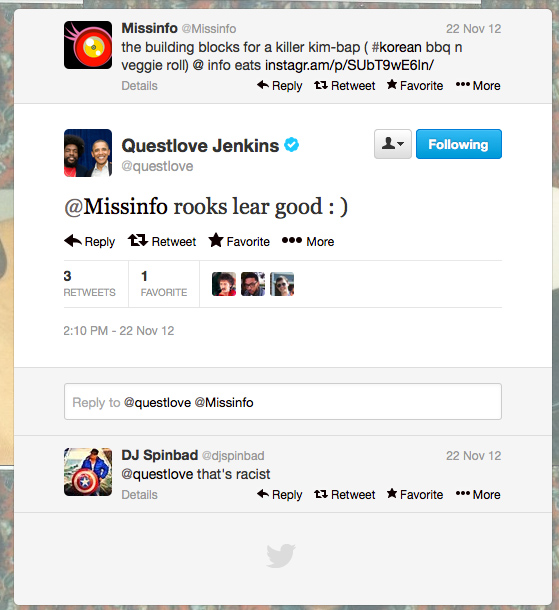 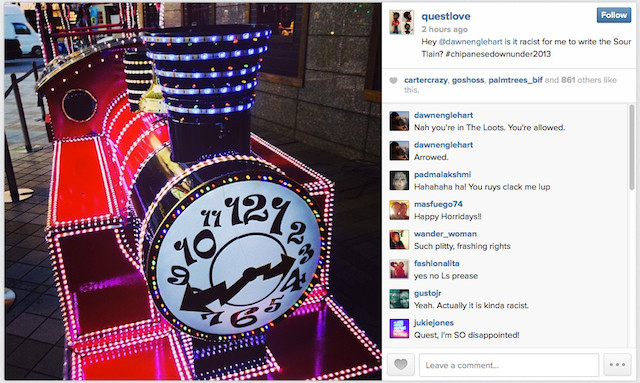 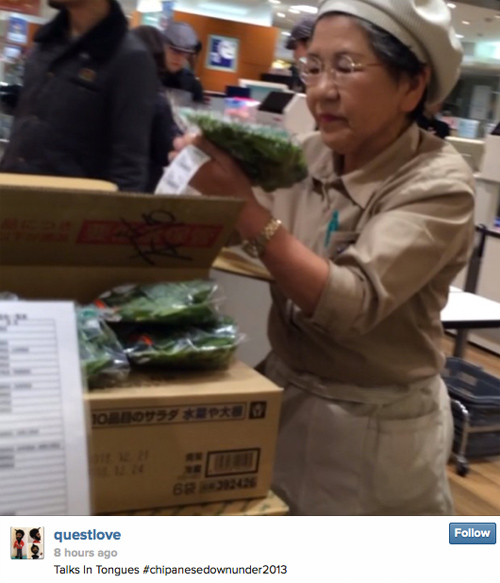 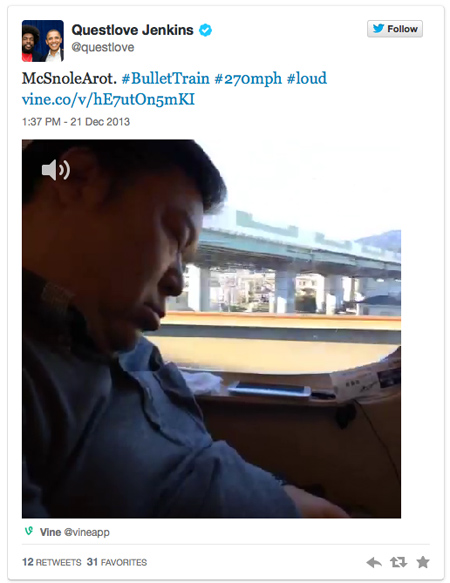 Following is Questlove’s response, as posted on okayplayer.com.

“ok. addressing the elephant in the room on christmas

unfortunately, i’ve offended my asian brothers & sisters with an IG post which i made during my recent tour of japan. in that post, i likened a japanese department store employee’s vocal intonation to that of a (church) deacon speaking in tongues. clearly, i didn’t intend to offend anyone (asian or otherwise), clearly, i *thought* that comparison was funny-cute

… and clearly i thought wrong.

in hindsight, it’s easy to see how my post was yet another example of the ugly, american flipping yet another ugly/racially/culturally insensitive script. so, let me make this abundantly clear….

THE ISH THAT I SAID WAS DUMB (PERIOD).

And no, it wasn’t Duck Dynasty/Phil Robertson mean spirited-xenophobic dumb (but the last time i checked, sleep was still the cousin of death)

—look. i’m a human being and dumber yet, i’m a public figure. if you’re lucky enough to be either of the aforementioned, then not only should one stay clear of saying or writing hurtful things, one should actively work against feeling comfortable, thinking hurtful thoughts. given that black culture consistently finds itself at the butt end of so many offensive “outsider” jokes, I should be way, way more sensitive (after all, who’s zooming who). I for one, should never allow my cultural bias to take precedence over my “examined life” (clunkers be damned). i know the whole kinder and gentler thing reeks of a self serving political correctness, but eff it, it’s “all me”.

so, here i am once again, publicly coming to terms with some more of my stupid “say, say, say” ish. allow me to ask for forgiveness and understanding from anyone that i’ve offended. I will be better in 2014 (i promise)