Drake appears on the cover of Vibe’s upcoming Winter issue, which is the publication’s race-centered edition. In the magazine, Drake speaks about his experiences facing racism due to having a multi-cultural background.

“The racism I experienced was being Jewish,” Drake says in the interview with Vibe. “Jewish kids didn’t understand how I could be black and Jewish…It was just stupid, annoying rich kids that were close-minded and mean.”

In the interview, Drake also addresses his supposed feud with Kendrick Lamar.

“I don’t ever want to get into responses,” Drake said when asked if Nothing Was The Same’s “The Language” is a Kendrick Lamar diss. “It’s a commitment to go there. ‘The Language’ is just energy. What it was inspired by, I’m sure that, and other things. It’s just me talking my shit. I never once felt the need to respond to that record. The sentiment he was putting forth is what he should have. Of course you wanna be the best. Where it became an issue is that I was rolling out an album while that verse was still bubbling, so my album rollout became about this thing. What am I supposed to say? ‘Nah, we’ll be buddy-buddy?’ Mind you, I never once said he’s a bad guy [or] I don’t like him. I think he’s a fucking genius in his own right, but I also stood my ground as I should. And with that came another step, which then I have to realize I’m being baited and I’m not gonna fall. Jordan doesn’t have to play pickup to prove that he could play ball, no offense. But I’m not gonna give you the chance to shake me necessarily, ’cause I feel great. There’s no real issue. It’s tough because the people wanna see us tear each other down. I don’t wanna give them that. There’s no point. I have no ill feelings toward that guy. It’s just like, it’s there for me if I wanna fall for it. I’m just too smart for that. Hopefully it’s the last time I gotta talk about this, ’cause every time I open my mouth up about it, they take this piece and take this piece. And he’s hungry, so he’s going to do what he has to do like the BET [cypher]. But again, it’s not enough for me to go. We haven’t seen each other [since the BET cypher], but I’m sure we’ll see each other and it’ll be cool. And if it’s not, then I guess that’s how our story unfolds.”

Recently, it was speculated that Drake responded to Kendrick Lamar’s “Control” verse and his “B.E.T. Hip Hop Awards” cypher verse with his appearance on Future’s “Shit” remix. Top Dawg Entertainment executives reportedly reacted to the track, saying they were unimpressed.

Vibe “The Race Issue,” featuring Drake on the cover, is set to be available nationwide in January. 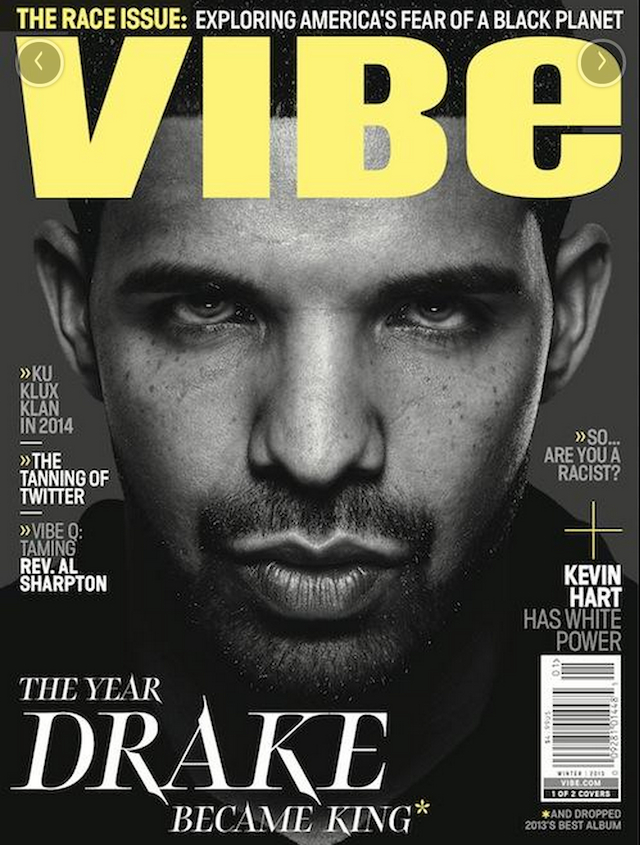