M-Eighty celebrates his new role as Vice President of A&R for RBC Records with the release of The A&R Extraordinaire.

The project includes 25-tracks from 25 albums A&R’d by M-Eighty over the course of his career and features contributions from Wu-Tang Clan, Snoop Dogg, Tech N9ne, MF Doom and Kurupt, among others.

In an exclusive statement provided to HipHopDX, M-Eighty says that he is thankful for his experience in the music industry.

“Compiling this compilation and listening to it from front to back reminds me of how grateful I am to have been a part of so many of Hip Hop’s finest releases in the past decade,” he says. “It makes me fortunate to know that through my continued dedication and respect for the art form that another decade of progress and prosperity is right around the corner.”

RBC Records is a California-based company led by Brian Shafton and Ben Grossi. The business has worked on projects by Ice Cube, The Game, Too Short, Method Man and Street Life, and DJ Quik, among others, since its launch in 2001.

“From project coordinator to artist development, legal administration, marketing and promotions to tour booking and management, M-Eighty is someone who really cares about his craft,” RBC President Brian Shafton says in a statement to DX. “[He] has an undeniable love and admiration for the Hip Hop culture.”

M-Eighty’s The A&R Extraordinaire is available for stream and download. View the tracklist and cover art below. 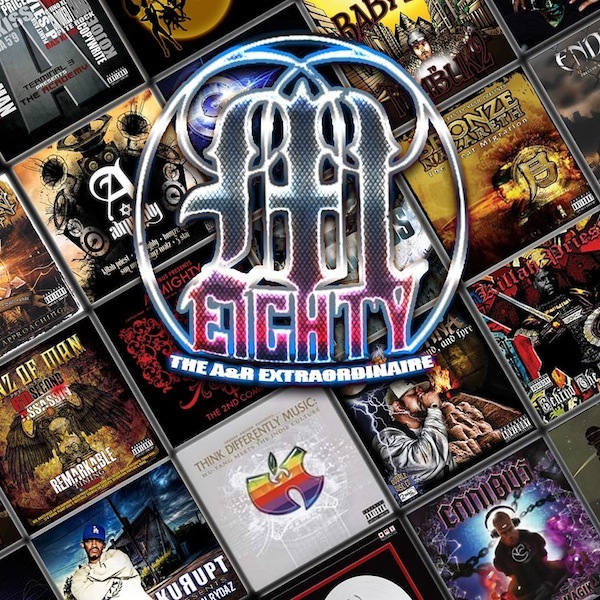 11. “I Believe” – Killah Priest (Behind The Stained Glass)