Childish Gambino "because the internet" Poster Created By Sam Spratt

Sam Spratt has created a poster for Childish Gambino’s because the internet album.

The poster was posted on the visual artist’s tumblr page, where Spratt also commented on the work.

“After illustrating Donald Glover’s Royalty [mixtape], he hit me up again to create the poster for his new album [because the internet],” Spratt said.

Spratt said that the work is meant to accompany more than just Gambino’s because the internet album.

“The artwork ties directly into the narrative of his album and its screenplay, which are incredible,” Spratt said. “Seriously, look and listen to this. It’s beautiful and crazy. And while I was mostly given free reign, he handled all art direction personally.”

The poster will not be sold by Spratt, but it may still become available.

“You can get them at the mansion parties he’s throwing,” Spratt said. “More in the near future.”

Spratt’s because the internet poster can be viewed below. 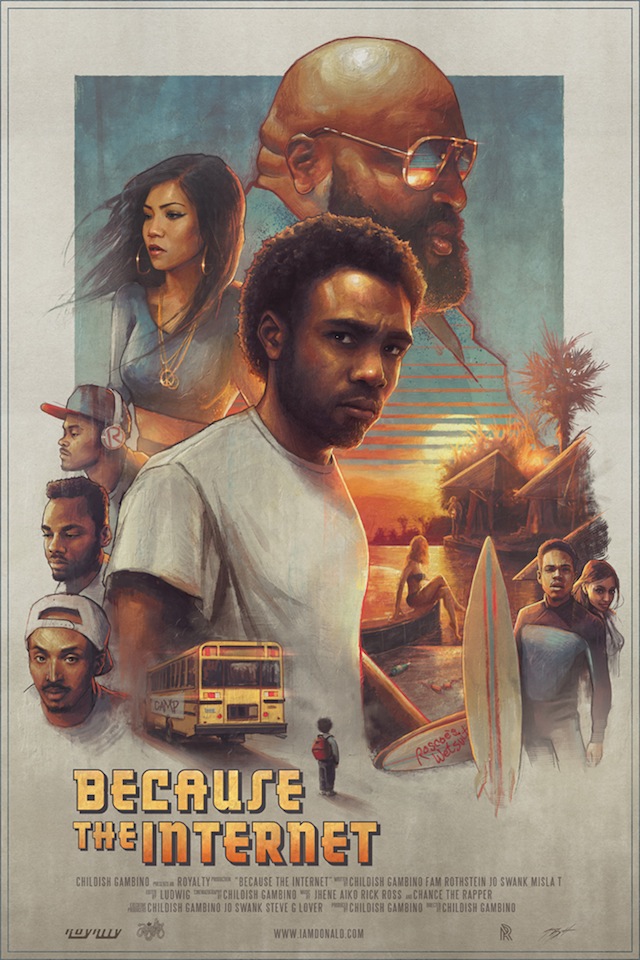