Game has gotten a tattoo of Nelson Mandela.

Game’s tattoo of the fallen icon was done by Nikko Hurtado, a tattoo artist who is known for his work with portraits.

The caption can be viewed below.

The finished “Nelson Mandela” lookin out of the prison bars by @NikkoHurtado done on my side. 7 hour sitting…. Few more hours to tie in the tats around it & we solid.#NelsonMandela #RIP #Legend #Leader#Freedom #Peace #Equality #Tattoos#SouthAfrica

Hurtado also posted an image of the tattoo with his own caption.

“A good leader can engage in a debate frankly and thoroughly, knowing that at the end he and the other side must be closer, and thus emerge stronger. You don’t have that idea when you are arrogant, superficial, and uninformed.” #NelsonMandela Tattoo collector @thedocumentary In the arm pit area! Ouch.

Nelson Mandela, a South African activist and leader of the anti-apartheid movement, passed away Thursday (December 5). He was 95.

The Instagram posts by Game and Hurtado can be viewed below.

Game has several tattoos of his heroes, including one of Eazy-E.

Recently, Game spoke about another one of his tattoos, one of Trayvon Martin.

“When I got my first tattoo, my grandmother Lillie Frazier—she at home,” Game said during a recent interview. “She told me, she was like ‘Well, go on and get you your tattoos if you want. I won’t tell your mother because it’s just a costume. You borrow it for 70, 80 years, you give it back to God. Yours is just gonna have writing on it.’ So, my grandma supports me…I actually got a text message from his [Trayvon Martin] mom, which was cool. She appreciated the gesture. And I get tattoos all the time and that was just that whole story. I got a kid and I just thought that was so unfortunate, so I did it.” 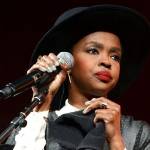