Pharrell, who has crafted production for a range of artists in and out of Rap, recently said he’s slated to release a solo album without rapping.

“I love rapping,” Pharrell says in an interview with Complex. “But something’s coming, and I’m not rapping on it…No rapping. It’s focused. Like I told you, that’s the difference between 30 and 40. ’Cause I was 30. Now I’m 40 and I’m not rapping.”

Pharrell crafted two of his most successful hits this year with Robin Thicke’s “Blurred Lines” and Daft Punk’s “Get Lucky.” Though T.I. rapped on “Blurred Lines,” Pharrell says these tracks helped him see that he could succeed in a new way.

“Unbelievable, unbelievable,” Pharrell said of the success of “Get Lucky” and “Blurred Lines.” “I couldn’t explain it. Imagine all your life you go to school to study fashion, and you find out the one thing you really like is the sock. So you’re not gonna be greedy. There’s a lot of designers out there: streetwear, high-end fashion. And you decide, ‘You know what? My niche is the sock.’ So you become decent at it. People start to recognize you for your socks, your little designs and stuff. And all of a sudden, God or the universe taps you on the shoulder and goes, ‘Hey, reach on the inside, squeeze it, and pull it out.’ And you realize that there is a reverse inside the sock. That’s what this is for me. I’ve never been on the forefront of such a huge thing—done by the people, by the way. The people vote for the songs, they pay for the songs, they stream the songs, they look at the videos. So my point is that my understanding of what I was supposed to do, what I could do, had been turned inside out. That’s my life.”

During the Complex interview, Pharrell also notes that he produces differently for each artist.

“It’s always going to be different, because the artists are different,” he says. “There isn’t a set formula for anything. I don’t paint the Mona Lisa, I just build the backdrops for the painting. I don’t make Jay Z.

Recently, Pharrell also spoke about his upcoming work with another non-Rap-based act, Beyonce.

“B’s album is crazy,” Pharrell said during a recent Billboard interview. “Let me tell you what it is. She’s very particular. She’s a Virgo. And she’s not going to put it out until it’s ready and feels like it’s right to her. She’s got a very specific taste. I guess that’s the reason she’s Beyonce. Her name is recognizable around the globe and that’s huge. That comes from someone that has very particular taste. When you know what you want, you won’t stop until you get it. [Other people are hearing her album] and are like ‘Whoa.’ And she’s like, ‘Yeah, I’m almost done.’ And she’s the queen.”

The Complex cover can be viewed below. 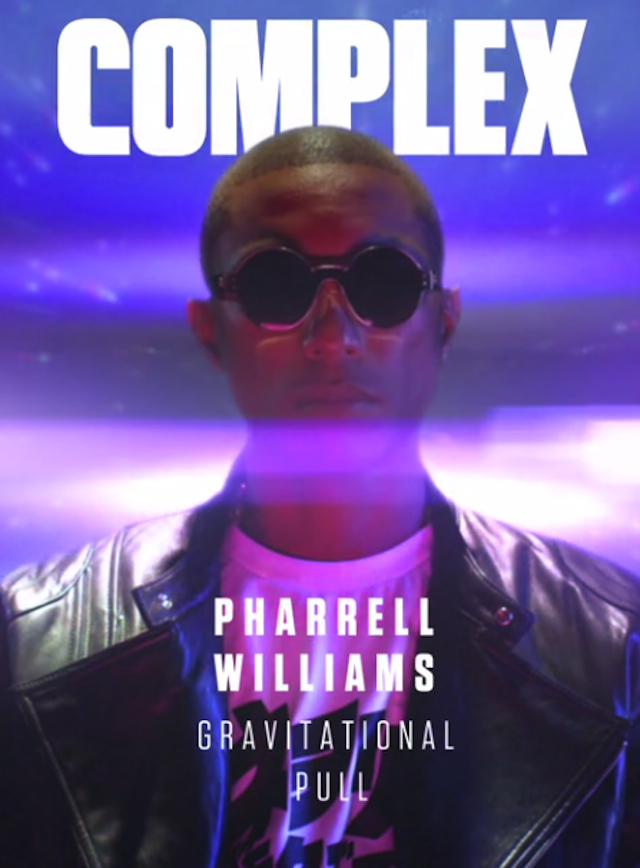