Skyzoo has been discussing this idea for years. In June 2011, Skyzoo spoke about the idea behind this project with HipHopDX.

“I didn’t know [Elzhi] was gonna do [Elmatic] with a band and then when it came out I heard it,” Skyzoo said. “I was like, ‘This is so awesome,’ but I was like, ‘Damn, that was the same place I was gonna take it.’ So I’m figuring out if I’m gonna do it with a band or not, because I definitely want to respect the fact that El did it that way and he did an awesome job at it. An ode to Reasonable Doubt is coming for sure. That’s gonna happen before the year is over.”

According to the press release, Antman Wonder is a classically trained musician and composer. Wonder worked on a collection of original beats inspired by production on Reasonable Doubt.

Skyzoo and Wonder spent some time remaining idle on the idea of a Jay Z tribute album, but over the course of this year began working on and finishing it. The resulting product has been tagged as “a scholar written & orchestral approach to what raised us,” according to a press release.

“For me, Reasonable Doubt was and is one of the most cohesive bodies of work in Hip Hop,” Skyzoo says in a press release. “The way Jay painted exactly what that side of the fence was, from the highs and celebrations, to the lows and worried phone calls, to the emotions of someone truly with the weight of the world on their shoulders. It was as honest and clear cut as you can get. As a fan it made me want to learn every word and as an artist it further shaped my storytelling and approach to writing.”

The album is scheduled to drop at noon of the scheduled date under First Generation Rich, Inc. and Loyalty Digital Corp. The public is slated to be given the option to “Pay What You Want,” with different items offered at different respective prices.

The cover art for An Ode To Reasonable Doubt can be found below. 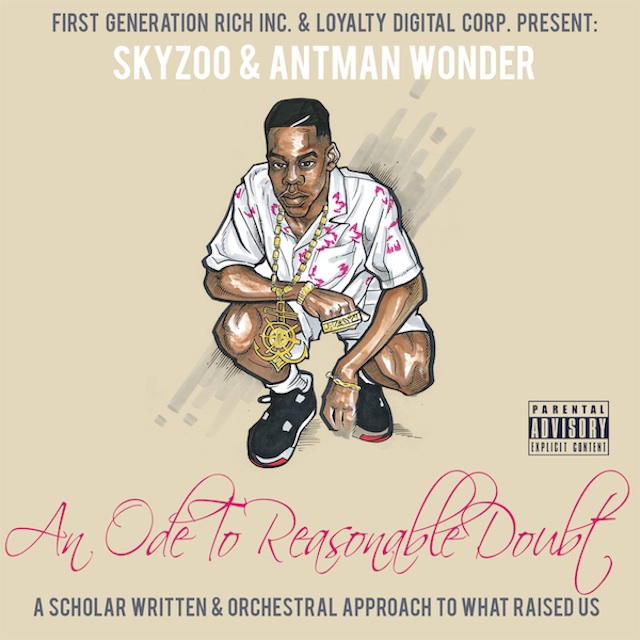