Rick Ross, the boss of Maybach Music Group, is set to appear on the cover of The Source magazine. The magazine is slated to appear in newsstands November 26 a little over a month before his new album Mastermind is set to be released, according to mtv.com.

“It feel good as hell,” Ross says in a clip for The Source, as posted in a video on mtv.com. “When you look at these dope-ass covers, just being on The Bible, it still means that much to me.”

This is Ross’ fifth cover appearance for The Source, according to the rapper.

Ross appears on the cover of the magazine wearing a blue fur coat and sun glasses. He also dons white pants, red underwear and a snake skin belt.

The issue of The Source that Rick Ross is on the cover of is set to also include stories regarding Tupac, The Notoious B.I.G., Drake, Pusha T, Cam’ron, Dom Kennedy and Big Daddy Kane, among others. 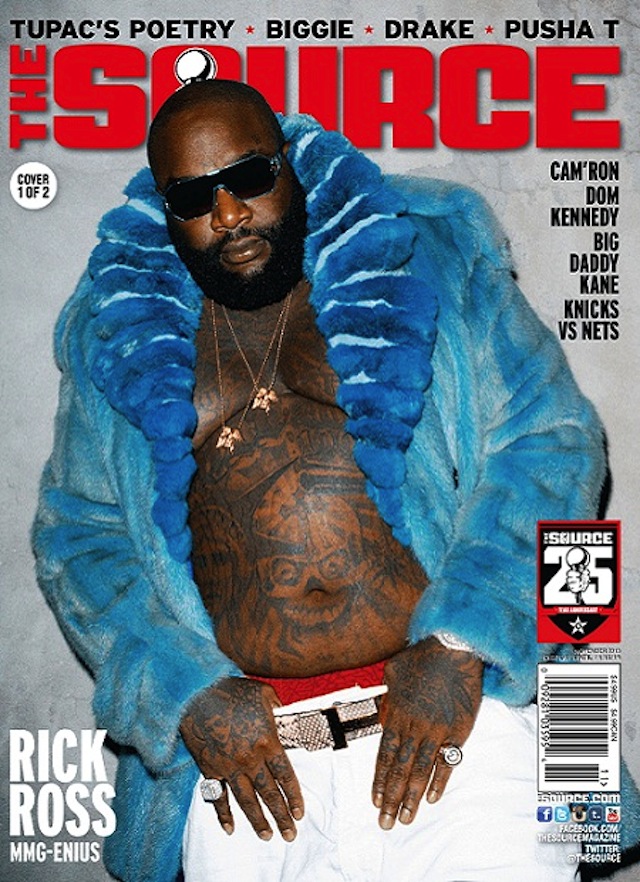 A video taken at the cover shoot for the magazine appears below, via The Source, as posted on mtv.com.

Ross is set to release his Mastermind album December 17.

“The album, December 17,” Ross said of his upcoming release in an interview with New York radio station Hot 97 in October. “I’m releasing a new record myself [with] Jay Z, top of next month. We following up with the one that the streets really appreciate right now. So, we doing it big.”