Q-Tip has addressed Kanye West’s use of the Confederate flag.

Q-Tip spoke about the flag yesterday (November 6) in a Twitter update. He then addressed Kanye West’s use of it.

After this, he addressed Kanye West’s use of the Confederate flag.

“I love Kanye,” Q-Tip said. “No shots, but my people continue to suffer psychologically from hardships that happened under that banner.”

Kanye West has used the Confederate flag on his “Yeezus Tour” merchandise. 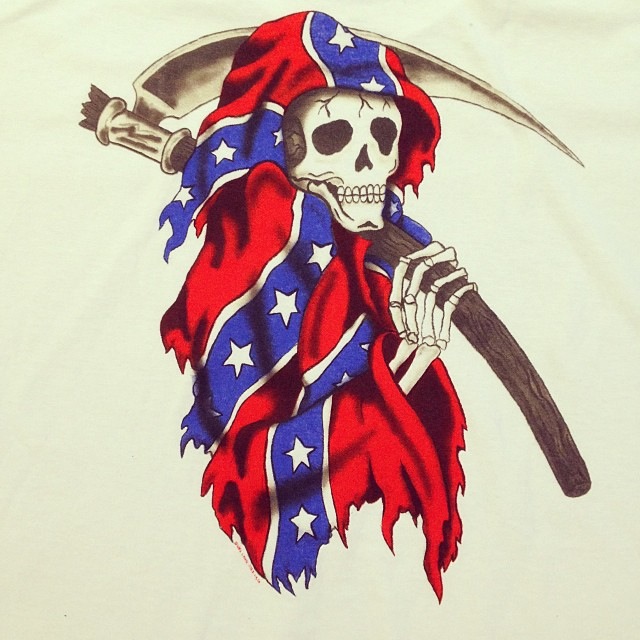 West addressed his use of the flag during an interview with AMP Radio, as per cnn.com.

“The Confederate flag represented slavery in a way,” West said. “That’s my abstract take on what I know about it, right? So I wrote the song, ‘New Slaves.’ So I took the Confederate flag and made it my flag. It’s my flag now. Now what you gonna do?”

“I’m excited to be a part of the great iconic Def Jam label,” Q-Tip said upon his signing. “I’m humbled to be a part of such a storied history.  To reconnect with Barry Weiss is a great thing. As far as G.O.O.D. Music, I’m excited to solidify my working relationship with Kanye, and I look forward to all the opportunities that lie ahead in our partnership. I will do my best to present the most cutting edge music I can.”

Tip and West have collaborated on several songs, including “That’s My Bitch” and “Lift Off” from 2012’s Kanye and Jay Z collaborative effort Watch The Throne, in which Tip provided producer and co-producer services.

Q-Tip isn’t the only rapper to have criticized the use of a Confederate flag.

During a recent interview with Vlad TV, Brand Nubian rapper Lord Jamar said he did not understand West’s intentions.

“Why would a Black man sell a T-shirt with a Confederate flag and a skull over it?” Jamar said. “I mean, tell me your reasoning. You see, this is where arrogance comes in. To me, it’s like you do some shit, but you don’t explain what you’re doing or why you’re doing it…If you trying to say ‘Alright, the Confederate flag, but I put a skull over it saying that that shit is dead.’ Aight, maybe. Maybe I could understand that. But you just putting it out there just for interpretation. You know what I mean? And let people interpret it however they want to interpret it. So, you gotta be prepared for whatever backlash or misinterpretations that you might get from that. I don’t know what that shit is all about. I would never wear that shit. And I hope no black people would wear no shit like that.”