Bun B has revealed the cover art and tracklisting for his forthcoming Trill O.G.: The Epilogue album, as per hiphop-n-more.com. The collection, which is slated for a November 11 release, is scheduled to include guest appearances from 2 Chainz, Rick Ross, Kirko Bangz, Big K.R.I.T., Raekwon, Z-Ro and Devin The Dude, as per a press release. The tracklisting provided by hiphop-n-more, which is below, notes that all features are not included.

The project is a collection of unreleased tracks created during the recording of Bun B’s 2010 album, Trill O.G. “It’s a lot of good music that either didn’t fit the format of the last album or that we decided to save for another project,” Bun B said in a press release. “I sat down with my longtime business partner and Rap-A-Lot CEO James Prince to review the music that we had and quickly came up with an outstanding track list. The Epilogue is the perfect opportunity to release some great material to the fans and a proper final chapter for the trill-ogy. Good music is timeless.”

The Epilogue is scheduled to be released in physical and digital formats. The digital deluxe version is slated to be available on iTunes and feature two bonus tracks.

The Trill O.G.: The Epilogue cover art, and tracklisting are as follows: 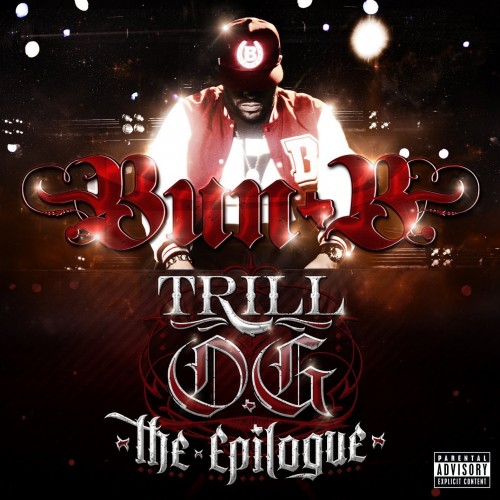