P.O.S. and Rhymesayers Entertainment have announced the release date for WDELH/MDS/RMX, a Marijuana Deathsquad’s remix version of the rapper’s We Don’t Even Live Here album.

The project is set to be available for free on October 22, one year to the day after We Don’t Even Live Here’s 2012 release date.

The album is set to include new verses from P.O.S. and guest spots from Lizzo, Greg Grease, SIMS and Mike Mictlan.

After the initial version of the album debuted in the Top 50 of Billboard’s Top 200 Album Sales chart, P.O.S. was forced to postpone tour dates due to a kidney affliction. This is referenced on WDELH/MDS/RMX’s cover art.

In 2012, P.O.S. spoke with HipHopDX about his lyrical content.

“I basically wanted content that was a little bit more deeper than just talking about what I’m wearing or what I think is cool,” P.O.S. said. “I don’t want to be one of those rappers who has a song that you listen to and it pretty much summarizes what every other song will be about or sound like. With my content, I try to cover a lot more ground. In doing so, a lot of people think I hate mainstream Rap because of that, but that’s not true. I just want it to be better at all times.”

A video for his new project’s “Lockpicks, Knives, Bricks and Bats,” which was created by Adam Dunn, can be viewed below, followed by the album’s cover art and tracklisting. 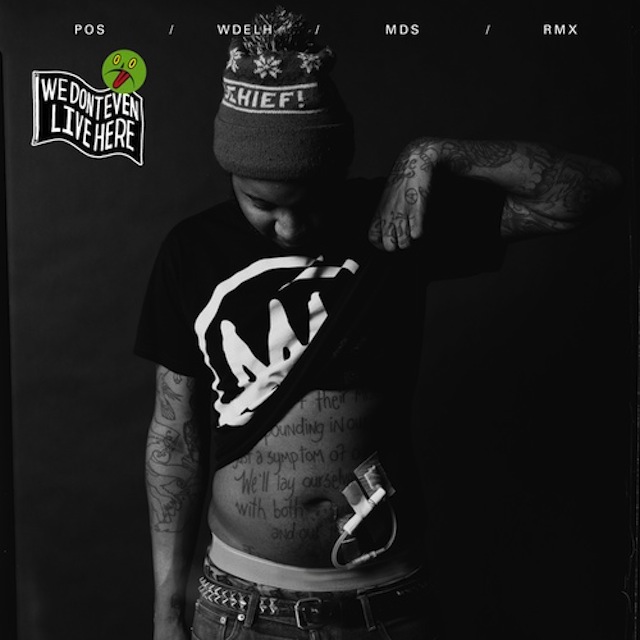 7. “Fire In The Hole/Arrow To The Action”

UPDATE: Rhymesayers and P.O.S. have released the stream and download of WDELH/MDS/RMX. The project can be downloaded at rhymesayers.com and it can be streamed below.