Demrick recently spoke about having B-Real and Xzibit as mentors in an interview with HipHopDX.

“Well I think that it was just the natural progression of being out here,” Demrick said. “California and Los Angeles, is a make or break kind of place. Are you going to sink or swim out here? What do they say the statistics are? I might be wrong, but they say like 1,000 people move here a day, and like 2,000 people leave here a day, right? It’s something crazy like that. So it’s one of these places where you’ve got to really be ready. And I just think the state of the game and when we dropped our independent album…and it really didn’t do what we all envisioned it to do. It was just at that point. Then B-Real was like, ‘I want to work with you; I want to have you in the studio.’ There was different stuff he was presenting and different opportunities for me to get in the studio to do that.”

“They’ve been around for years upon years,” Demrick added. “So I learned by just watching them. Longevity is the shit, ‘cause you be out here in LA in the club and all of a sudden you see that rapper that you knew from back in the day and he’s just not the man that you thought he was going to be. This game can take out all kinds of paths. So I look to them, the way that they, and how they present themselves and carry themselves and I mirror myself after that.”

Serial Killers’ first single off Serial Killers Vol. 1, “First 48,” is slated to be released soon. A video has been filmed, directed by Matt Alonzo.

The mixtape’s cover art, tracklisting, stream and download can be viewed below, via livemixtapes.com. 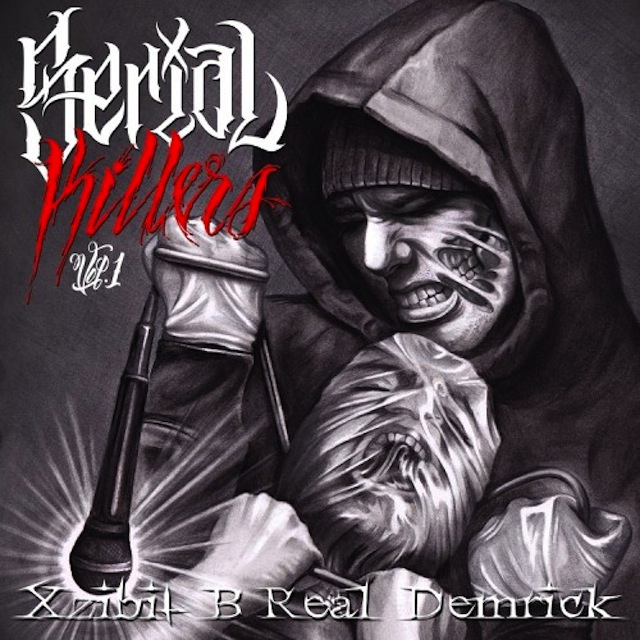 RELATED: Demrick Shares His Concept For “Wings Up” & Recalls Work With Jim Jonsin