Drake and Chris Brown have reportedly reconciled. The news comes from a Billboard report and the release of a video featuring Chris Brown and Drake in a recording studio.

This coincides with the release of a video featuring Chris Brown in the studio with Drake, one published today (October 3) by Room 187’s YouTube channel, as per hotnewhiphop.com. The video, which features the two artists seemingly at peace, can be viewed below, though it is unclear when the footage was filmed. The footage also features Justin Bieber, who does not appear to have the tattoos he has donned in recent months. The video also features “Forever” as the main track of the clip. “Forever” was released in 2008.

Chris Brown and Drake have had a tumultuous relationship in recent years. In 2012, the two were reportedly involved in a brawl. The two eventually sued one another as a result of their reported nightclub scuffle. In April, Drake dissed Chris Brown in an interview. He also said that he was not interested in battling Chris Brown at the time because he felt no one would be interested in that match-up.

“His insecurities are the reason I make better music than him,” added Drizzy.

“Dearly departed, I bought a plane I departed,” Chris Brown says on the track. “And if you started from the bottom, go on and come out the closet.”

The line was a reference to Drake’s single, “Started From The Bottom” off the Ontario rapper’s new release, Nothing Was The Same.

UPDATE: A new report has been published that says Drake and Chris Brown have allegedly reconciled, a report printed by Rap Radar.

Beyond this, the duo has also reportedly hit the studio recently. Drake and Brown were photographed next to one another in a studio, an image that is below via RR. It is unclear when the image was taken, but RR’s report was published today (July 11). 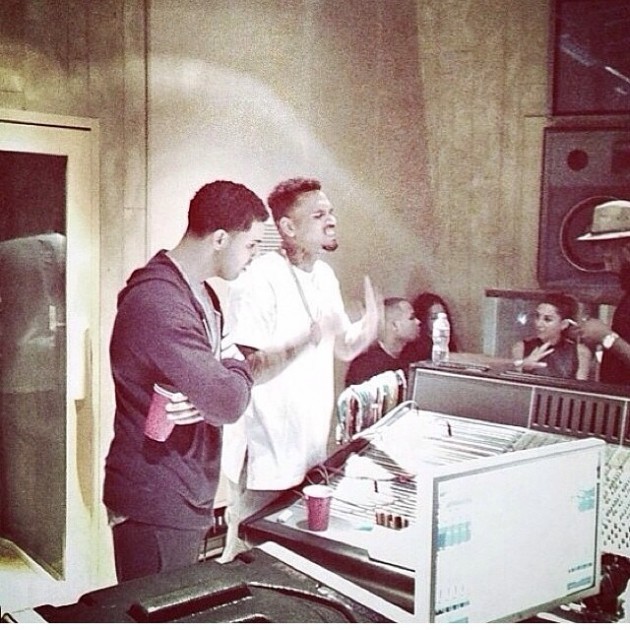