While Kanye West has long been the object of media fascination, his recent altercations with photojournalists have often quickly soured and turned violent. Now, after a series of other aggressive interactions with paparazzi, West will be arraigned on October 10 for misdemeanor criminal battery and attempted grand theft stemming from a July 19 altercation with a photographer at LAX airport in Los Angeles. That incident, which was filmed and made available by TMZ and other news outlets, resulted in the photographer’s pressing charges for injuries and property damage. 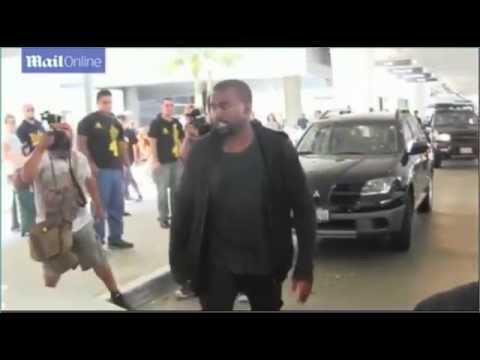 According to a recent report by TMZ, prosecutors in that case are currently requesting permission from a judge to include relevant “prior bad acts” as evidence to be presented to the case’s jurors. Under a California statute, “prior bad acts” may be included as evidence in order “to show motive, plan, intent [or] lack of mistake” per an article written by attorney Vincent Dicarlo for professional legal website FindLaw. The same article notes that despite “evidence…[being] extremely harmful to one party’s case does not necessarily make it prejudicial.” The same statute was widely publicized for its possible relevance in the 2007 murder trial against music producer Phil Spector.

If the judge permits that the law is relevant to this case, West’s previous altercations with paparazzi, some of which can be seen below, will likely be on full display as proof that he has acted in a similarly violent manner in other such instances. While there are a number of examples to point towards, the prosecutors will likely begin with a series of confrontations that date back more than five years to a 2008 incident in which West was arrested for a physical altercation with a photographer that also took place at LAX.

Earlier this year West’s string of publicized confrontations with paparazzi was set off by his lashing out at photographers following him after he walked into a street sign. 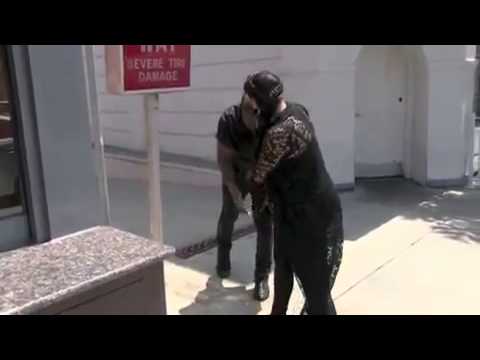 In July, West yelled at a photographer at LAX for invading his personal space after asking him not to speak.

Most recently, West confronted photographers that awaited him outside his house in his driveway while he and girlfriend Kim Kardashian entered a vehicle. West yelled at the photographer who asked him about his recent feud with late-night talk show host Jimmy Kimmel. “Shut the fuck up,” West says. “It’s 4am, you blood-sucking mosquito. You want me to be standing out in front of your house at 4am?”

In a recent interview with the BBC, West publicly demeaned the paparazzi claiming it “used to be a sexy profession.” He also expressed an interest in influencing a change in the set of laws that govern the practice. “It just needs to be legalized…[Give it] publishing because they’re selling our image and they’re selling it in a bad way.”