Nipsey Hussle has released the cover art for Crenshaw, his forthcoming project with DJ Drama. The collection is slated for an October 8 release, as per rapradar.com.

In December 2012, the California rapper tweeted that his The Marathon 3: Victory Lap mixtape would arrive in early 2013. That project has yet to be released.

In July, Nipsey Hussle told TMZ that “hyper-sensitive LAPD officers” approached him after a bottle was thrown at his Mercedes Benz coupe.

After Nipsey Hussle and his brother exited the car to confront the vandals, members of the Los Angeles Police Department allegedly handcuffed the rapper and searched his car, he told the site. According to Nipsey Hussle, his handicapped brother was mistreated by officials. “They pushed his face on the concrete,” Nipsey Hussle said at the time. “They dropped a knee in his spine then twisted his arm and cuffed him while he was not resisting.”

In December 2010, Nipsey Hussle released the first installment in the Marathon trilogy. It was followed by The Marathon Continues in November 2011.

The cover art for Crenshaw is below. 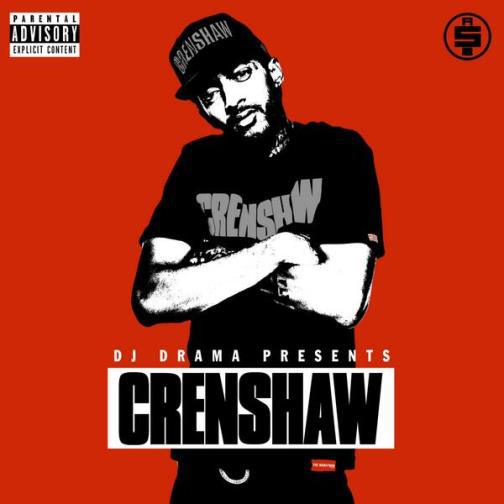 UPDATE: Crenshaw’s tracklist can be viewed below. 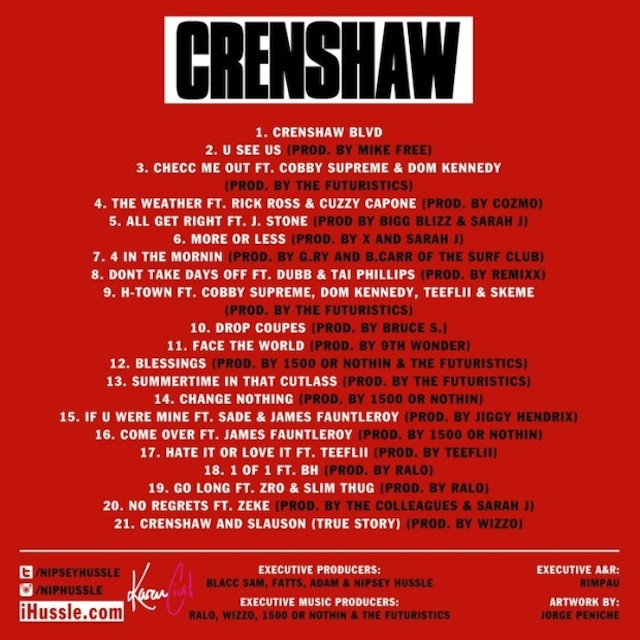 UPDATE: After giving fans the option to pay $100 for the mixtape, Nipsey Hussle has released it for free, via datpiff.com.