Today (September 6), Kanye West announced his “first solo tour in five years with Kendrick Lamar.” The announcement was made on Kanye West’s website and on West’s Twitter page.

The announcement poster for the tour (which can be seen below) features the word “Yeezus.” This is likely the tour name, though no official word has been made from West’s camp regarding the tour’s official title. Below the image, a message states that it is West’s “first solo tour in five years with Kendrick Lamar.” West toured with Jay Z last year in support of their project together, Watch the Throne.

Tickets for many of the tour dates go on sale September 13.

West’s announcement and the tour dates can be found below. 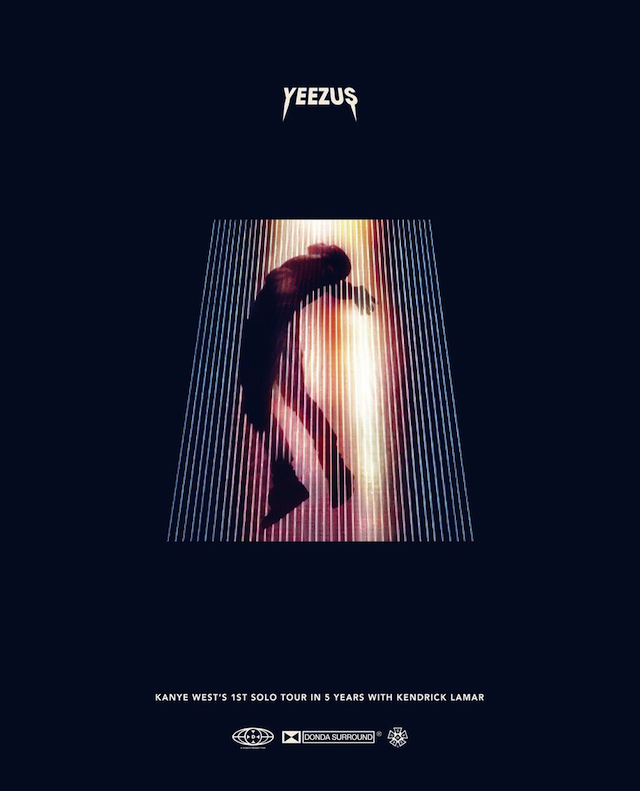 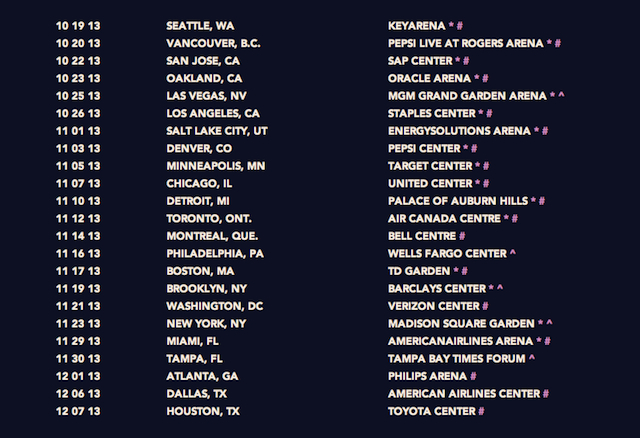 In 2012, Lamar spoke about his competitive nature when talking about Kanye West.

UPDATE: Kanye West has added two New York dates to his forthcoming tour, according to Hot 97.com. There will be a November 20 show at the Barclays Center in Brooklyn and a November 24 concert at Madison Square Garden, the site says.

Kanye West was already slated to perform November 19 at the Barclays Center and November 23 at Madison Square Garden, so he now has two-night stands at each venue.

UPDATE # 3: West has updated the itinerary for the tour, including a few more dates. The new tour information can be found below. 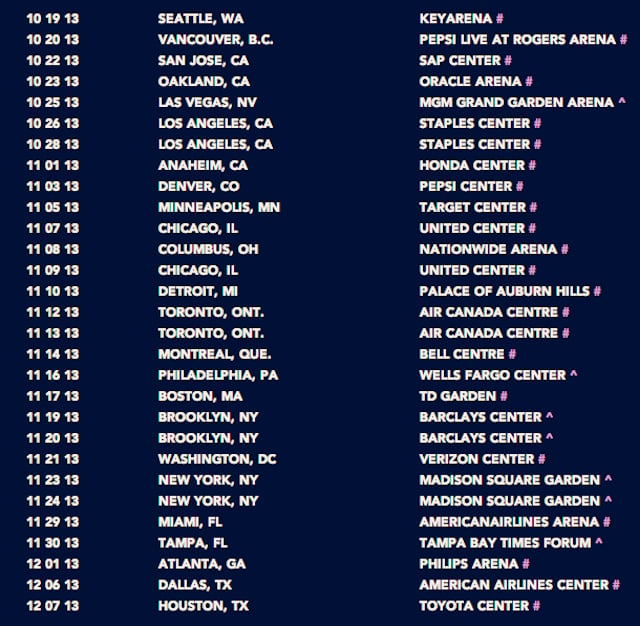 UPDATE #4: Kanye West’s “Yeezus Tour” is scheduled to resume Saturday (November 16) in Philadelphia, Pennsylvania. The rescheduled dates can be found below.

The updates tour itinerary can be found below, as per Kanye West’s publicist.

+ With A Tribe Called Quest