Willie The Kid has released his fourth project and first mixtape of 2013, Aquamarine.  The 13-track, nautical-themed piece is presented by Embassy Entertainment and features artists such as Smoke DZA and fellow Michigan emcee Jon Connor. Producers include Soundahfekz, V Don and SupaNatra.

The Grand Rapids, Michigan rapper has been consistent in offering new music ever since his beginnings with DJ Drama. He and Drama collaborated on four mixtapes, three of which dropped in 2006.

This year, Willie The Kid has released three EPs, Somewhere, The Brainfly and Masterpiece Theatre. Brainfly showcased the emcee and Clark Atlanta University graduate alongside Naledge of Kidz In The Hall. Masterpiece Theatre was a collaboration with Alchemist.

The Aquamarine cover art, tracklisting and mixtape stream are as follows. 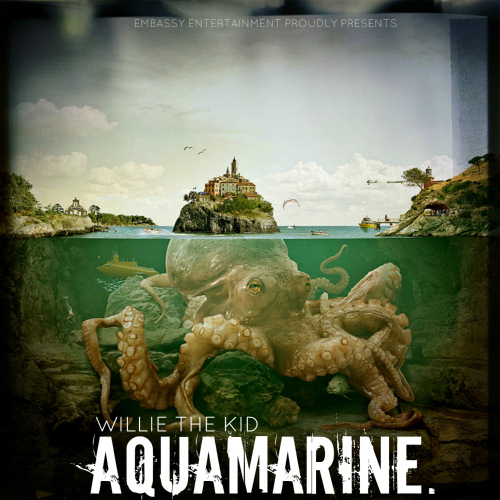 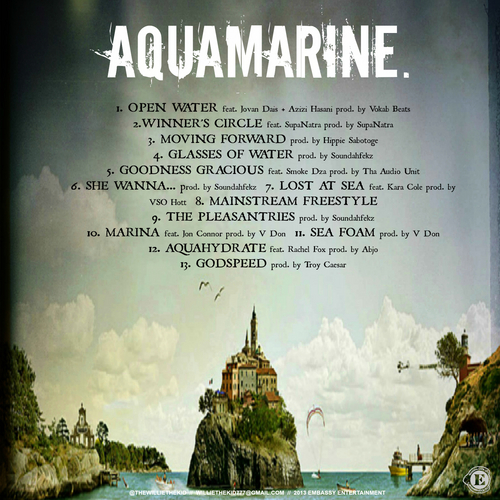 4. “Glasses Of Water” (produced by Soundahfekz)

6. “She Wanna…” (produced by Soundahfekz)

9. “The Pleasantries” (produced by Soundahfekz)