While it’s always a bit reductionist to try and pinpoint the birth of a culture as long developing and now ubiquitous as Hip Hop, few milestones are more agreed upon or important as Kool Herc’s first party at 1520 Sedgewick Avenue 40 years ago today.

In the interest of celebrating summer’s end, and perhaps more importantly, motivated by a desire for more expensive and fashionable clothes to return to school in, Herc’s sister, Cindy Campbell, decided to throw a “back to school jam” to make some money. With entertainment to be handled by her brother Clive, who at 16 years old was already so large framed he was nicknamed Hercules, Cindy hand-drew a flyer (pictured below) on an index card advertising the event held in the recreation room of their 100 plus unit apartment building. Herc and Cindy’s parents provided snacks, soda and beer for the party. 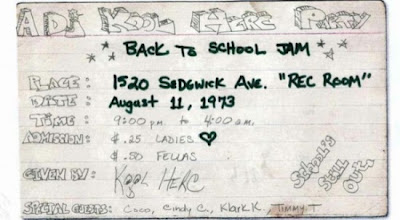 Clive Campbell, who adopted the now unforgettable name Kool Herc when he became involved with a graffiti crew, was no doubt indebted to the dancehall techniques of deejay’s from his native Kingston, Jamaica when he began innovating his basic and culture-founding practice of prioritizing and juggling a single record’s “break” for a party’s dancers. The “break,” also commonly referred to as a song’s breakdown, refers to the stripped down portion of a track where percussion plays the lead role or is singled out completely. Hip Hop’s creation story now revolves around Herc’s debuting the extension technique, an approach he developed after first innovating a style called the “merry-go-round” where he would quickly jump from one record’s break to another, at his sister’s “back to school jam.”

Besides extending a record’s “break” by juggling two copies of the same song back and forth, Herc’s status as one of Hip Hop’s earliest innovators is also a tribute to his early sound system, a thumping, bass heavy affair that he built alongside his father (and another obvious link to his native Kingston’s dancehall deejays) as well as the actual records he spun, a diverse array of genres including hard Funk, prog Rock and anything with a worthy breakdown (styles that often stood in stark contrast to the flourishing disco craze of the mid 1970’s).

Finally, alongside his newly introduced style of isolating and extending a record’s break, Cindy’s party also featured Herc’s friend, Coke La Rock, shouting out partygoers and close friends on top of the deejay’s music, a very rudimentary hinting towards the future of rap itself.

With an entrance fee of a quarter for ladies and fifty cents for “fellas,” it’s unlikely that either Clive or Cindy Campbell was immediately aware of the ground they broke that August night. While Herc’s popularity as a deejay skyrocketed over the course of the ensuing months and years, he largely shied away from Hip Hop’s earliest commercial endeavors.

Kool Herc was also recently honored with a mural by Bronx graffiti crew turned muralist Tats Cru on the corner of Grand Concourse and 166th Street in the Bronx. The mural pays tribute to one of Hip Hop’s earliest deejays in the famous context of a convertible car with oversized speakers looming in the backseat.

In 2011 it was reported that DJ Kool Herc underwent kidney surgery at St. Barnabas Hospital in the Bronx. In light of his health problems it was reported that Herc didn’t have health insurance. Fans and musicians publicly supported the deejay who has gone on to speak explicitly about the American health care system since. 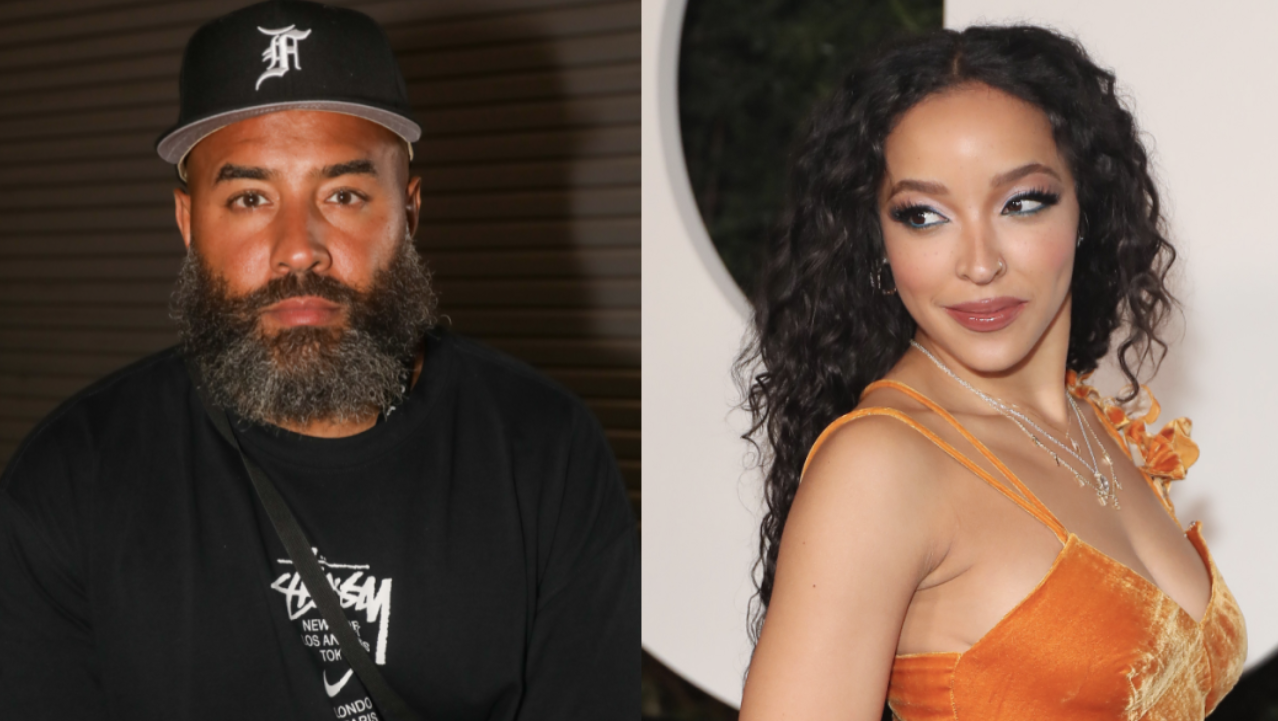