Mixtapes have been a big part of Atlanta, Georgia emcee Gucci Mane’s career. Fresh off of announcing his new distribution partnership with 101D, the former Warner Bros. Records star is reportedly setting the table for his 1017 Brick Squad compilation with a multi-part mixtape. 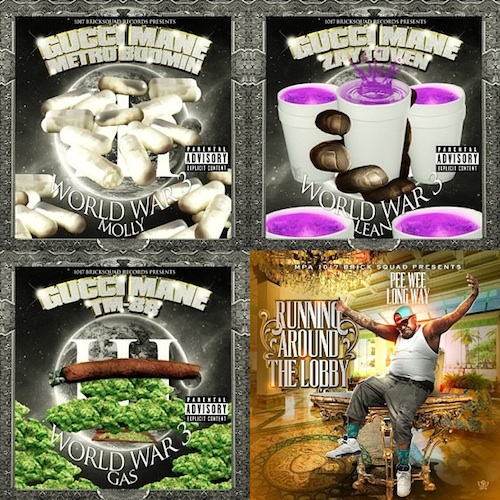 As the Instagram link confirms, each volume of World War 3 is with a unique producer. Molly pairs La Flare with Metro Boomin, Gas aligns him with longtime collaborator Zaytoven, and Lean is with TM-88.

Brick Squad’s Pee Wee Longway’s Running Around The Lobby is also believed to be releasing a tape the same day.