Virginia rapper No Malice didn’t skimp on the details when speaking with Hip Hop Since 1987 this week about his upcoming studio album, Hear Ye Him. The Clipse member promised to gift fans with his “best work ever” once the project is released and also spoke on how relatable Hear Ye Him is shaping up to be.

According to No Malice, he feels that a number of people will be able to relate to the experiences and feelings he’ll present on the album.

“The album is entitled Hear Ye Him. One time I was listening to all my tracks and I got this rush of chills all over my body. This is by far my best work ever. It’s inspirational. It makes for great music,” No Malice explained. “And not only that, when that record goes off it’s gonna leave you with a lot to think about. What I’ve come to find is that when a lot of people hear my story and hear this new direction, it really breaks the ice. And a lot of people can identify. And then sometimes we just need that person to be the first to break the ice. And then you’ll see that a lot of people actually have experienced a lot of the same things and feel the same way.”

No Malice also addressed the Christian rapper label being thrown around in regards to his music, and although he stated that he’s unsure what genre his current music falls under, he’d be more than willing to join the Christian Rap world if they’d be willing to have him.

“I don’t shun any of those titles,” said the rapper. “I haven’t titled it myself cause I don’t know what this music is. And honestly, it’s a truth music. It’s a feeling. I don’t want to pigeon hole myself. I respect Christian Rap. I respect gospel. I don’t know what you call this. If Christian Rap will have me, I’m happy to be there. What I’m hearing a lot about my music though is that it has that feel of the Hip Hop that you know and love The Clipse for. I don’t feel like I lost a beat.”

There’s no word yet on when Hear Ye Him will be released.

UPDATE: In a new album trailer, No Malice reveals that his solo debut, Hear Ye Him will release July 2.

UPDATE #2: According to latest album trailer, No Malice’s solo debut, Hear Ye Him will release on August 18.

UPDATE #3: No Malice has released the cover art and tracklist to his solo debut, Hear Ye Him, as reported by 2DopeBoyz.com. 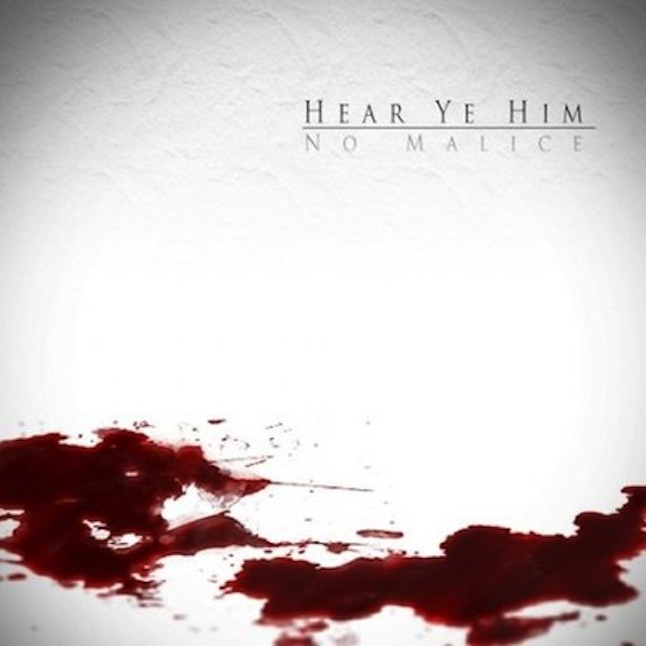