Boring, Oregon failed to live up to its name yesterday (April 3). As part of its “brilliance uncapped” campaign, vitaminwater®—in partnership with Fuse and College Humor—ignited the sleepy town with an exclusive concert featuring Santigold, B.o.B, Matt & Kim and DJ Yung Skeeter, The event took place at Boring’s Camp Kuratli at Trestle Glen and was hosted by BET’s Damien Dante Wayans. 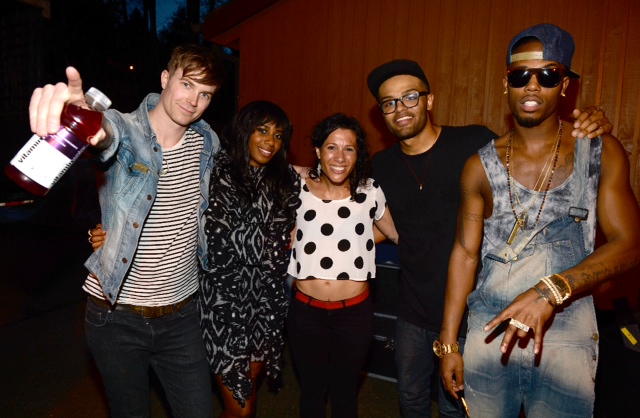 Atlanta-emcee B.o.B opened the show, performing hits “Nothin’ On You,” “Airplanes,” “We Still In This Bitch,” among others. Prior to the event, B.o.B bumrushed one of Boring’s community planning meetings, hyping the neighborhood citizens with the type of call and response normally reserved for Rap concerts. “Are y’all ready for your Treasury Report?,” he shouted in a video of the meeting which was broadcast between performances.

Indie pop duo, Matt & Kim put on the night’s most diverse performance. The Brooklyn, New York couple amped the audience by running through a series of their popular songs, along with brief renditions of Hip Hop favorites “Let Me Clear My Throat” by DJ Kool, Ludacris’ “Move Bitch (Get Out The Way),” and Dr. Dre’s “The Next Episode.” The performance peaked when Kim, wearing a walking boot due a recent ankle injury, booty-popped while walking on top of the audience. 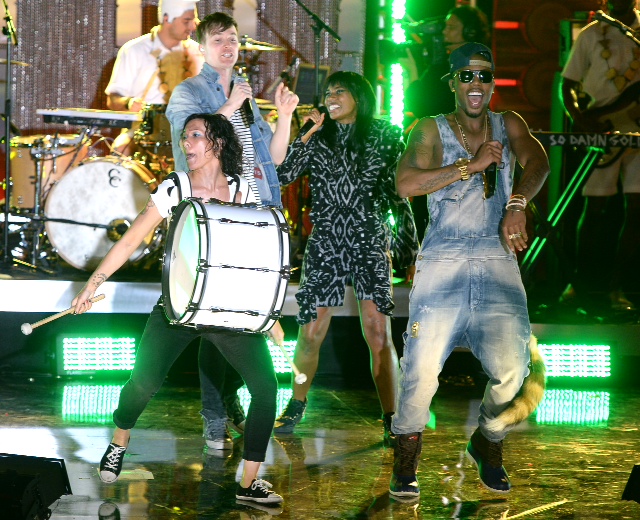 Santigold closed the evening with an eclectic set which included hits “Creator” and “L.E.S. Artistes.” The Master Of My Make-Believe artist invited the audience to jam with her on stage for one song, then later jammed on stage with a white costume horse. “I don’t get bored,” Santigold said in her pre-filmed interview on how she handles life’s mundane moments. “That’s a personality trait I have where I don’t allow myself to get bored.”