Detroit, Michigan producer/emcee Black Milk is currently at work on his sixth solo album. Along the way though, the Random Axe member has announced a new collaborative series with illustrator Upendo “Pen” Taylor, who has done work for Nike, Leroy Jenkins and Gatorade, among others.

The pair has launched Fuzz, Freqs & Colors, a series that will pair Black Milk instrumentals with Pen’s visual arts. The first product in the series, Synth Or Soul, will also be made available for retail purchase on Record Store Day. This year’s retail holiday is April 20. The artwork is posted below: 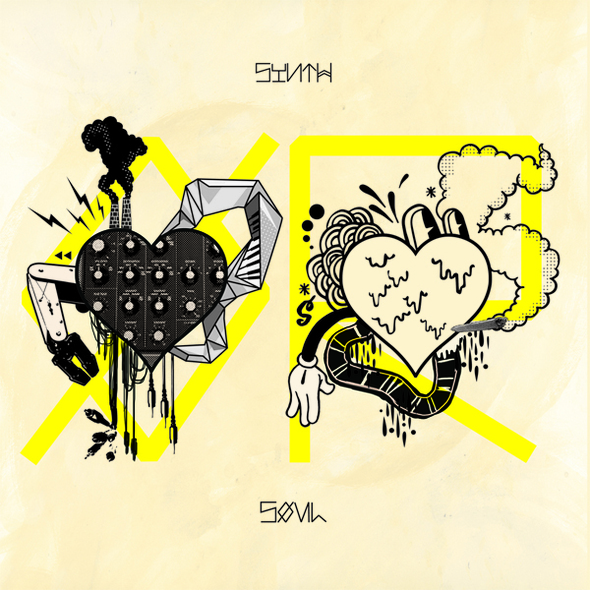 UPDATE: Black Milk has made Synth Or Soul available for free-stream prior to its Record Store Day (April 20) release. The project includes 12 tracks: