Last month, Nashville, Tennessee-based emcee/producer JellyRoll recently released his latest mixtape, Whiskey, Weed & Waffle House. The Lil Wyte affiliate used the logo of the popular fast-food franchise of the same name on his cover art, inserts and marketing for the project, which is currently available for stream and download at LiveMixtapes.com, presented by Dirty Glove Bastard. JellyRoll also manufactured physical copies of the CD.

HipHopDX exclusively learned this week that the Gwinnett County, Georgia-based Waffle House and their legal representation of the Kilpatrick Townend firm have taken umbrage with JellyRoll and his mis-use of their brand. The rapper was cease-and-desisted this week from using the Waffle House trademark on his mixtape.

JellyRoll supplied HipHopDX with some of the documents, which were in part, shown on Instagram: 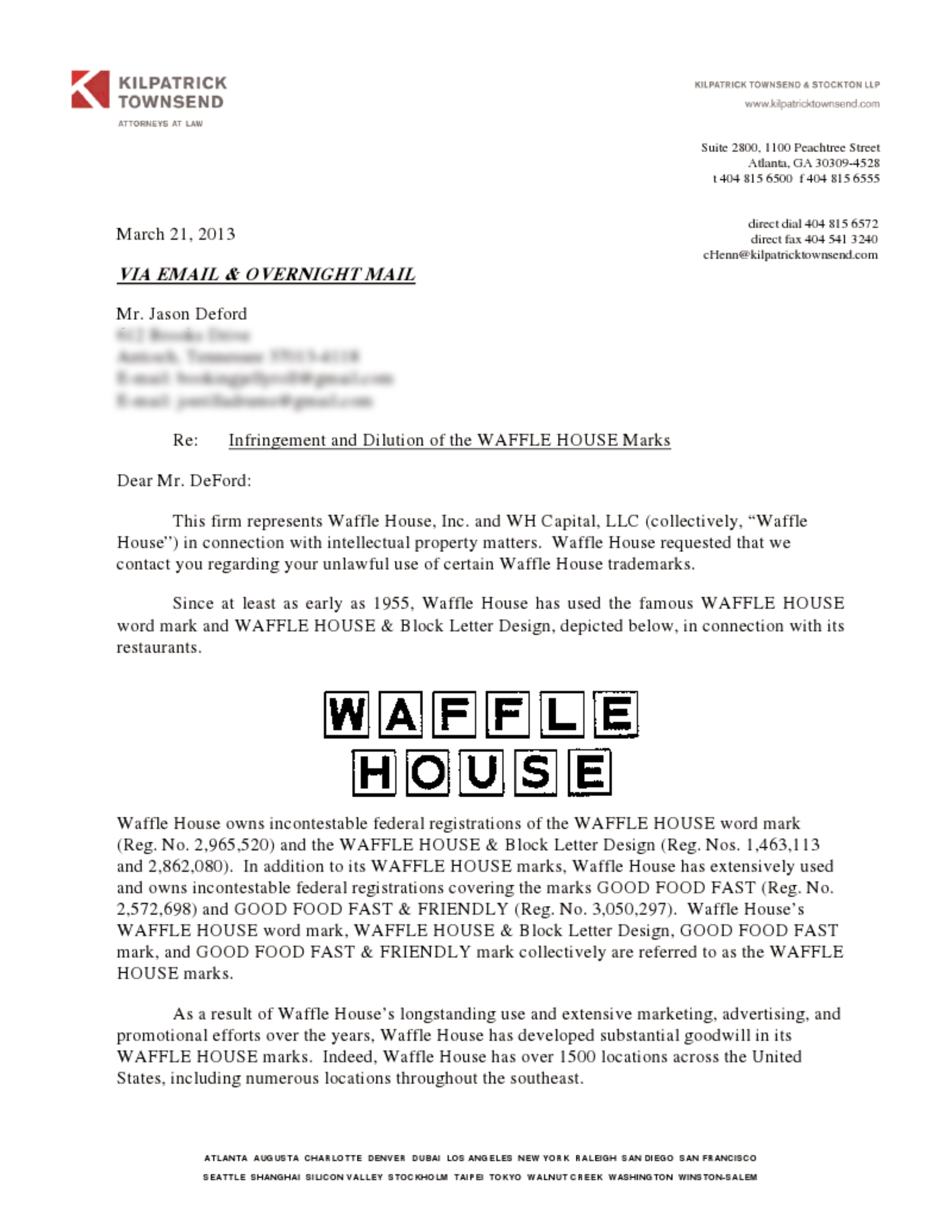 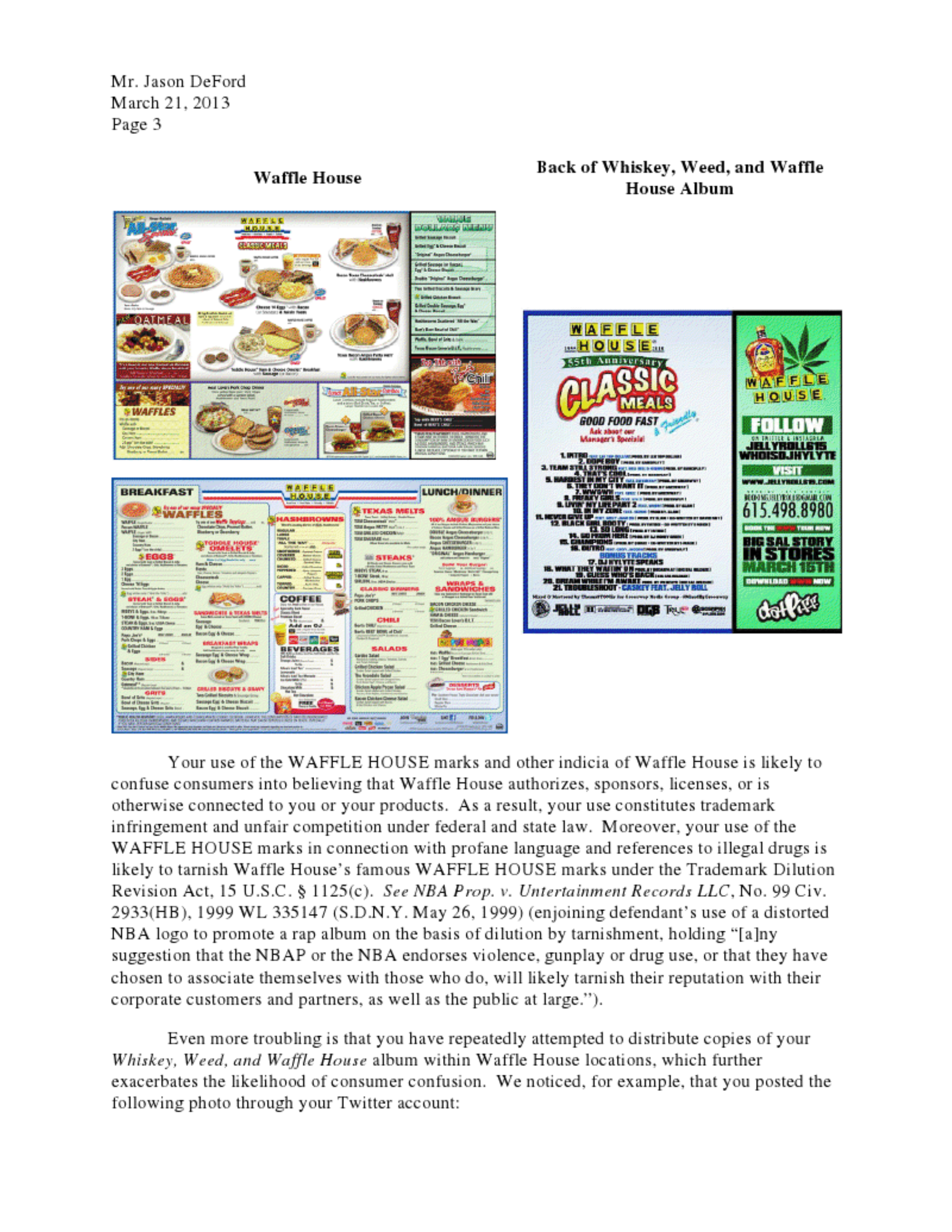 The last time Waffle House sued somebody in the Hip Hop community, it was rapper-turned-rocker Kid Rock. The onetime Jive Records emcee was forced to pay $40,000 in 2010 for allegedly starting a 2007 brawl in one of W.H.’s Atlanta, Georgia restaurants.

“When I first got the Cease and Desist letter I thought somebody was pulling my chain. I thought, ‘Surely I’m not known enough for Waffle House to give a shit about me using their name.’ I forwarded the email over to my attorney, and he told he told me it was the real deal! I was like, ‘Hell no!!! I know Waffle House ain’t acting like this, after all the all star breakfast meals that I’ve devoured over the years!’

I just honestly can’t believe that such a corporate giant would be bothered by me, in essence, promoting them. Let’s be real here, the Waffle House after 8:00pm looks like a bottom-of-the-barrel BYOB bar.

Obviously the only response I can have toward Waffle House is comply. Still kinda pisses me off though… the mixtape was free… no harm was done. For Waffle House to be upset and say it was ‘Defamation of Character’ is like… are you fucking serious? This is the mecca of toothless waitresses and tattooed cooks. I’ve never walked in a Waffle House sober in my life, and I doubt you can find many people who have.

Now my job is to re-release Whiskey Weed & ‘Women’ with a few new tricks and some funny skits!!! And of course my album the Big Sal Story is in stores now via Select-O-Hits. We are about to shoot the video for ‘What They Waiting On,’ and I am also touring right now throughout the South. Thanks to everyone who is supporting me through this madness!”