Cano, who is in the final season of a $57 million contract, publicly left longtime agent Scott Boras. 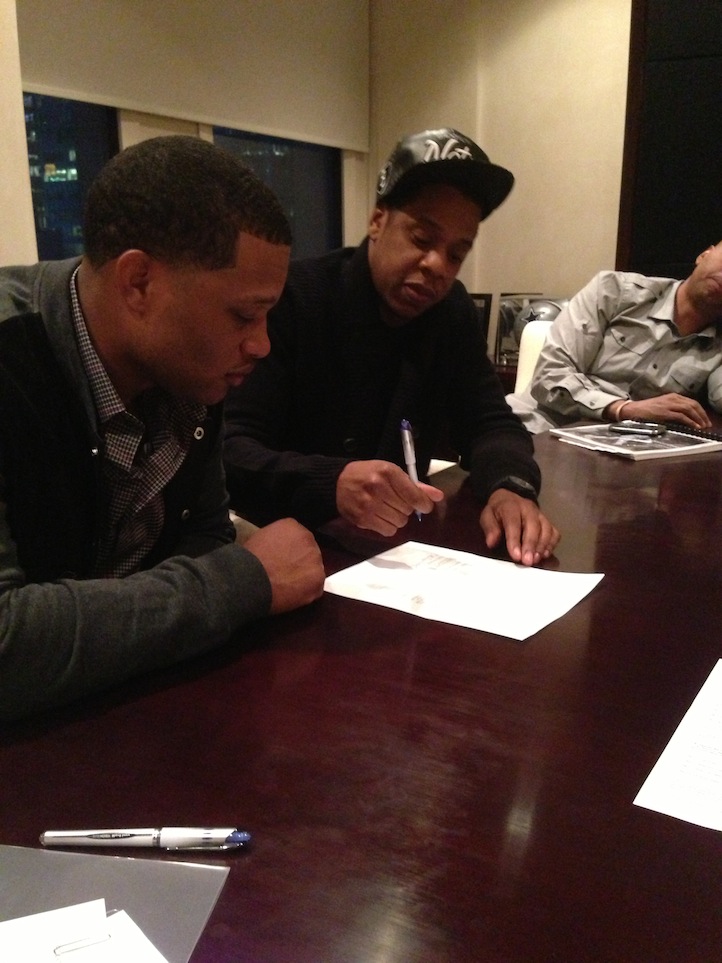 “At this point in my career, I am ready to take a more active role in my endeavors on and off the field,” Cano, now 30, said in a statement. “I am confident that the pairing of Roc Nation Sports and CAA Sports will be essential in helping me accomplish my short- and long-term goals. I am making this important decision now so I can keep my focus on helping the Yankees succeed in 2013, while minimizing any distractions for me and my teammates.”

“Because of my love of sports, it was a natural progression to form a company where we can help top athletes in various sports the same way we have been helping artists in the music industry for years,” said Jay-Z in a statement.

In 1999, another Rap mogul of the day, Master P, launched No Limit Sports. The New Orleans, Louisiana native and CEO of No Limit Records who represented Running Back Ricky Williams in the 1999 NFL Draft. No Limit Sports was later fired after Williams’ first contract.