The picture also included the following caption: “No words can explain…. Hov Mike Will Made-It Timbo (photo by @kodaklens) #HipHopHistory.”

It’s unclear if the trio of talent has any plans on working together, but both Mike WiLL Made It and Timbaland have been very active on the producing end as of late.

Timbaland fully produced Justin Timberlake’s newly-released The 20/20 Experience and Mike WiLL Made It has collaborated with a number of artists recently including Miley Cyrus, Nas, and Mississippi spitter Big K.R.I.T. 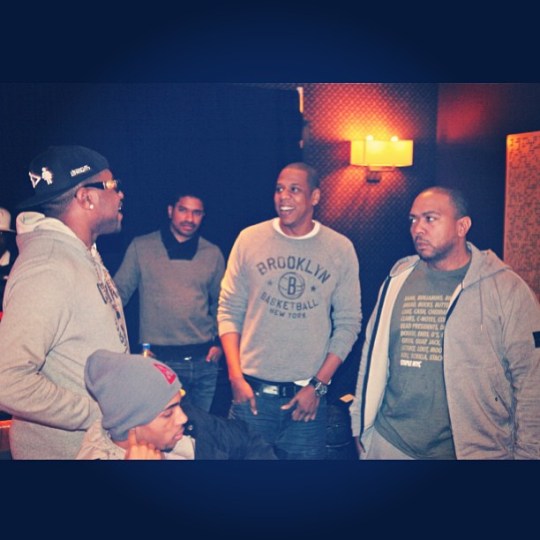 UPDATE: Over three months since Mike WiLL Made It appeared in a photo alongside Jay-Z, Timbaland and others, the producer for 2 Chainz, Juicy J and others gave hint that his session may appear on Jay’s forthcoming Magna Carta Holy Grail album. The July 4 release is said to include the song “Beach Is Better.”

WiLL tweeted an allusion to the song on Monday (June 24), perhaps indicating his involvement: