In December of last year, the pair announced their pregnancy. The event follows Wiz Khalifa and Amber Rose’s first child, a boy named Sebastian, less than a month ago.

Both Lola and Los are believed to be working on their studio debut albums for Taylor Gang Records and Bad Boy Worldwide, respectively.

UPDATE: Lola Monroe and Los have announced their first son’s name, Brixton Royal Coleman. The father, Los, spoke with XXLmag.com since the birth about what it means to the young family and the parents’ Rap careers.

The family released a photo: 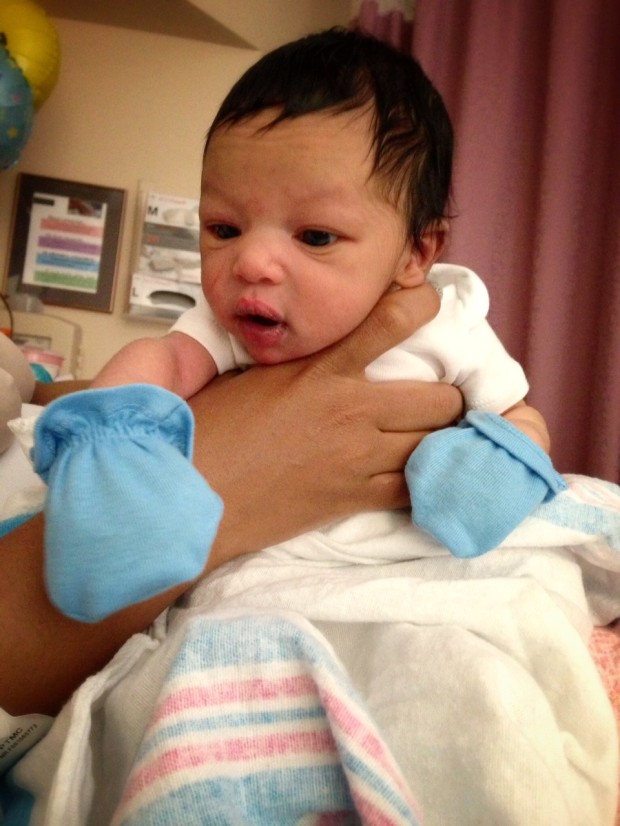 “It’s really right back to work [for Lola and I]. As soon as she can – she already has a complete mixtape [Lipstick and Pistols] ready, so she kind of was making everything before she even knew she was going to have the baby,” Los revealed. With his our tape and a co-headlining tour in the works, the family still wants their priority to be the newborn. “Raising our son is [the biggest] priority of 2013, just watching him grow and getting ready to have a Christmas with him.”

Read the full XXLmag interview with Lola Monroe and Los.