The trio’s conceptual LP, produced by Jenifer and Jenkins, is told through Tyrone White, a band front-man from the Harlem’s Polo Grounds Houses. “I think a lot of folks will be able to relate to Tyrone and his struggles,” Sacha Jenkins said in a press statement. “He feels misunderstood- by his women, his friends, his people. And that misunderstanding sometimes affects who he is and who he truly wants to be. Should he not be playing this music because he’s black? And who the hell is in the position to tell him what to do anyways?”

In 2012, Murs released a collaborative album with Fashawn, This Generation, as well as The Final Adventure, his said-to-be last joint album with 9th Wonder. Jenkins has helped relaunch ego trip in the digital space. Jenifer recently released his solo album, In Search Of Black Judas in 2010, in addition to work with Bad Brains.

UPDATE: The tracklisting and artwork to The White Mandingos’ debut album, The Ghetto Tryna Kill Me is below: 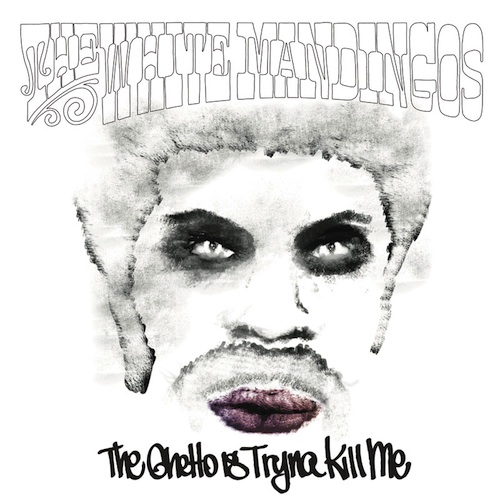 UPDATE #2: The White Mandingos have opted to premiere the album stream to The Ghetto Is Tryna Kill Me with HipHopDX: