Months after revealing that they were pregnant with their first child at the 2012 MTV Video Music Awards, Wiz Khalifa and Amber Rose welcomed their baby boy into the world earlier today.

With an original due date of February 24th, Rose went into labor early and gave birth to Sebastian Taylor Thomaz, who Khalifa has nicknamed “The Bash.”

“Daddy time,” tweeted Khalifa several hours ago, posting a picture of him in the hospital that can be viewed below. He later tweeted, “Happy Birthday Sebastian “The Bash” Taylor Thomaz!!! Y’Yo/ooY(TM)OE Everyone welcome this perfect young man into the world.”

Prior to the birth, Khalifa and Rose appeared on Power 106’s Big Boy’s Neighborhood to discuss how they were preparing for the arrival of their baby. The rapper stated that he anticipated having a male baby shower.

“I’m at home full-time,” he says. “I’m just working on videos for O.N.I.F.C., bringing that to life. We about to drop the group album as well. I’m really staying around because this is an important time for Amber. She needs that support.” 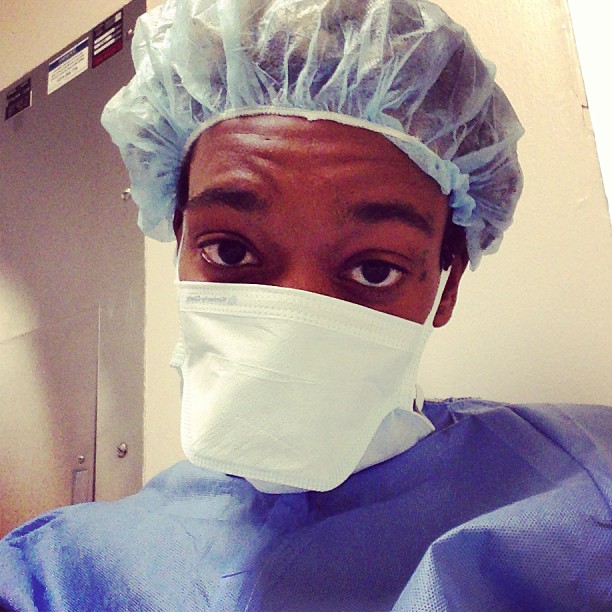