The lineup for the 2013 Bonnaroo Music & Arts Festival has been announced.

Bonnaroo is scheduled to take place in Manchester, Tennessee between June 13th and 16th. Tickets are availble on February 23rd at noon EST over at Bonnaroo.com.

Last year, artists including Radiohead, Kendrick Lamar, The Roots, Black Star and Yelawolf played the festival. Jay-Z and Stevie Wonder headlined in 2010, followed by Eminem and Lil Wayne in 2011.

Check the full lineup below. 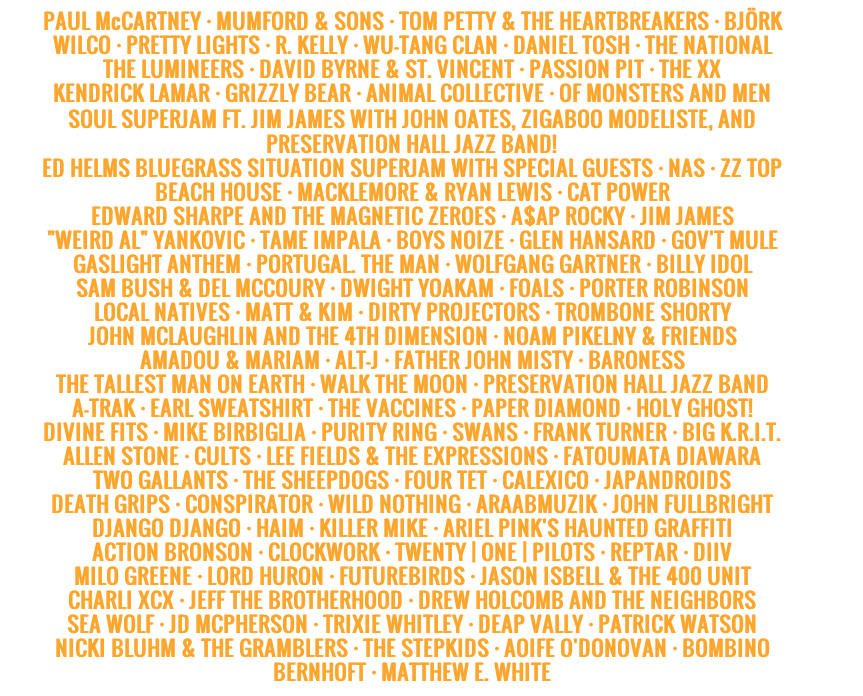