The Notorious B.I.G.'s Daughter Tattoos His Name On Her Lip

From Gucci Mane’s lighting ice cream to Lil Wayne’s recent skateboard-inspired ink, there are a host of memorable tattoos in Hip Hop. Now, in a recent article from MTV, it looks like the daughter of one Hip Hop titan got a special tattoo to commemorate her father’s legacy.

T’yanna Wallace, the eldest daughter of the late Notorious B.I.G., recently took to Instagram to show off her new lip tattoo honoring her father. The ink, which reads “B.I.G.,” took the Internet by storm today, prompting Wallace to respond on Twitter in disbelief.

This isn’t T’yanna’s first tattoo commemorating her father’s illustrious Hip Hop career. Last year, she also got a tattoo of Biggie posed as an angel on her shoulder. The picture of the new tat can be seen below. 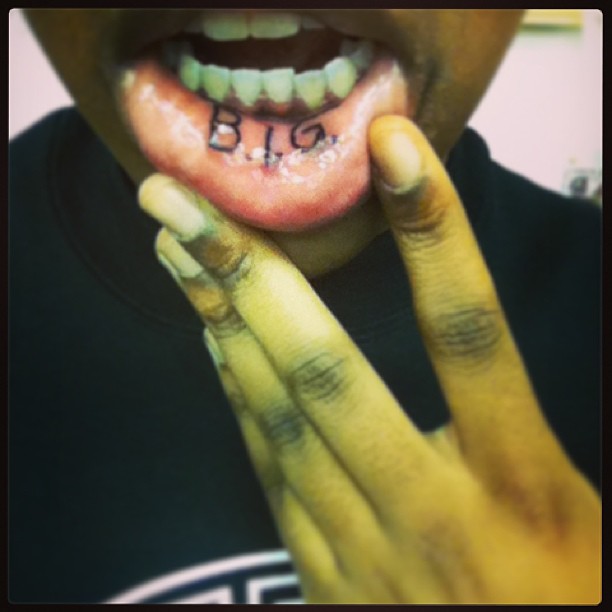